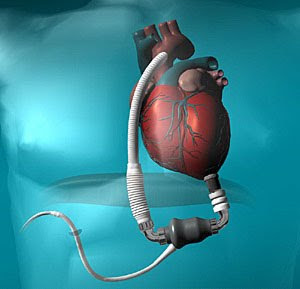 Barclays is making a possibly important call on Thoratec (NASDAQ:THOR) upgrading the name to Overweight from Neutral with a $39 price target (prev. unch).

According the firm, this week’s pullback in THOR creates a good entry point because they expect the market to regain confidence in THOR’s market-leading LVAD franchise. The strong results from competitor HTWR’s bridge-to-transplant trial, a.k.a. ADVANCE, led many investors to conclude that THOR’s longstanding position of leadership in the LVAD market was in jeopardy if not dislodged. The results from ADVANCE certainly impressed us and confirmed the threat posed by HTWR. However, it’s important to remember that THOR enters the competition as the market incumbent with a loyal surgeon base. The Heartmate II earned its standing as the “gold standard” over many years of both clinical testing and commercial use. Patient outcomes with the pump steadily improve, solidifying its position. HTWR’s HVAD appears up to the challenge, and clinicians welcome an alternative pump, but the Heartmate II won’t be abandoned.

At its investor meeting on Tuesday, THOR effectively articulated how in some respects the Heartmate II is an easier pump to “manage” post-implant because anticoagulation levels can be easily titrated. Barclays expects the HVAD’s stroke rate to decline with time but, for now, THOR’s pump maintains distinct advantage. Investors are also giving THOR little credit for its pipeline, understandable given the fits and starts for the Heartmate III over the years, but they believe the company will narrow the perceived “innovation gap” with HTWR when we get the pipeline review with 4Q, if not before.

They upgrade THOR to 1-OW because they believe its current valuation doesn’t properly reflect the opportunities for either the Heartmate II or the company’s broader LVAD franchise. Firm notes they have stayed on the sidelines for THOR since launching last year because they never felt expectations were aligned with the LVAD market’s fundamentals. This required patience at times, some might argue stubbornness, but they
now see market sentiment becoming excessively negative.

It's a 16 page note so it's impossible to rely all of it but I did find this part interesting:

We believe Heartware’s HVAD does represent a next step in pump technology, but isn’t the same “leap” forward that Heartmate II represented relative to the Heartmate XVE. Indeed, while the Heartware pump achieved 92% success in ADVANCE, the highest success rate ever seen in a bridge-to-transplant trial, it was only modestly better than INTERMACS control arm, largely Heartmate II’s, at 90%. It was noted to us by some clinicians at the American Heart Association Scientific Sessions that ADVANCE merely demonstrated the HVAD’s non-inferiority to the Heartmate II. The study wasn’t designed or statistically powered to demonstrate superiority. This point was emphasized in the conference call we hosted with Dr. Ben Sun, an ADVANCE investigator and co-author of the New England Journal of Medicine’s article reporting the results of the Heartmate II destination therapy trial. A replay of our call is available at (800) XXX–XX87 (conference ID # XXXXXX).

Notablecalls: I find this call interesting for several reasons:

- THOR was taken to the back and shot following HTWR's trial data. The stock is down 20 pts since its June highs of $47-48.

- Barclays has shown admirable patience, staying Neutral rated throughout the hype only to upgrade the stock now when it has been crushed. This means they have a lot of Street cred. now.

- I find Barclays' comments of HTWR merely demonstrating the HVAD’s non-inferiority to the Heartmate II fairly interesting. HTWR's product is pretty much equal to THOR's it seems. So why should the stock be down 5 pts?

I think THOR wants to go up. It wants to go back above the $27 level and possibly toward $28 if the general tape plays ball.
Posted by notablecalls at 9:12 AM