Cirrus Logic (NASDAQ:CRUS): Upgrading to Buy: Cirrus Not Only Secure at Apple but with Increasing ASPs - Jefferies 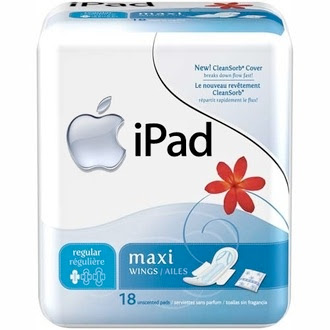 Jefferies is upgrading Cirrus Logic (NASDAQ:CRUS) to Buy from Hold with a $20 price target (prev. $14) saying they believe is well positioned to maintain its share at its largest customer with increasing ASPs driven by higher integration and also has incremental opportunities with emerging products such as audio codecs in non-Apple smartphones, smart meters, LED lighting, and PFC.

Cirrus not only designed into next round of Apple products but with higher ASPs. Firm's checks give them increased confidence that Cirrus has secured wins at Apple (AAPL, Buy) in the upcoming CDMA iPhone, iPad 2, iPhone 5 and iPod Touch (5th gen). More importantly, Jeffco believes Cirrus continues to integrate additional external components and features that allows for increasing ASPs while still bringing down Apple's Bill-of-Materials (BOM). This is the same formula that allowed Cirrus to win its first Apple socket vs. Wolfson (WLF.LN, Buy) as they integrated ~$0.50 worth of discrete components which provided a huge pricing advantage. Their checks suggest Cirrus saw an increase in the ASP of the chip used in the iPods in September to ~$0.95 (from ~$0.75) due to the integration of additional discrete components (saves BOM cost) as well as additional features. Their checks suggest Cirrus will see a similar increase in ASP ($1.45 from $1.25) with the iPad 2 in CQ1:11 and iPhone 5 in CQ2:11.

The roadmap continues - Larger ASPs and larger barriers to competition. Jeffco says their checks suggest Cirrus is not done after this last round of ASP increases, in fact, they believe the next round could provide an even larger step up. Their checks suggest Cirrus potentially could integrate or bundle its audio DSP and/or Class-D amp capabilities with its audio chip for Apple's 2012 devices, which could increase the ASP by another $0.50 or more. It is obviously too early to call any design wins here, but they believe Cirrus continues to distance itself from the competition and will be hard to displace if it continues to deliver to its roadmap.

Raising estimates. Jeffco is raising their estimates to reflect higher ASPs as well as their higher CQ1 expectations. Firm is raising their CQ1 estimate to $86MM (from $81MM) as they now have greater clarity into the ramps of the CDMA iPhone and iPad 2, which help offset normal seasonality in non-portable audio and iPods. They raised their CY11 revenue to $398MM (from $366MM) and CY11 EPS to $1.41 (from $1.19) to reflect higher ASPs in the iPad 2 and iPhone 5.

Notablecalls: CRUS is a recent momentum darling. Over the past 12 months the stock has gone from $6-7 to a high pf $21 only to pull back toward $13-14 where it is today. The latest down leg has been helped by chatter of CRUS losing part or all of Apple music codec IC business that accounts roughly 1/3 of revenues.

This is what makes Jeffco's call noteworthy - they seem to have strong conviction CRUS will not only retain Apple but will be able to increase ASP's.

In fact, Jeffco is confident enough in their checks to raise estimates above consensus.

To add some fuel to the fire, New York Post has a short piece, saying Apple may introduce a thinner iPad early next year with features such as a camera for video calling.

Also note there's a close to 17% short intrest in the name. Not huge but enough to help the cause today.

Should trade toward $15 today. Doesn't trade much pre mkt, so will take a look after open.
Posted by notablecalls at 7:39 AM

I'm still sore after some of the other ones, but this surely puts you back on the map!!

Sometimes, it's not all about technicals...intuition and deeper knowledge helps!!

Your talent at work once again, NC

Great call.. Keep it up!