Human Genome Sciences (NASDAQ:HGSI): Benlysta Gets Thru Label Will Be Restricted-Downgrading to Hold 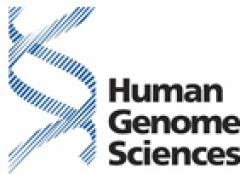 Human Genome Sciences (NASDAQ:HGSI) is going to be a battleground today after the FDA AdCom recommended company's Benlysta drug for approval but with fairly negative comments on potential labelling.

- Citigroup is downgrading HGSI to Hold from Buy with a $30 price target (prev. $35) saying the label will likely have noticeable restrictions and thin efficacy is already drawing a mixed reception from rheumatologists. Firm says they are concerned about the long-term sales potential given 1) modest benefit, 2) poorer activity in U.S. pts than we originally expected, and 3) now more restricted label. They new DCF value is $30. In Citi's view, mgt is not interested in selling.

Benlysta Gets Thru But Label Narrower — The vote on efficacy was 10-5 but there was a robust debate about modest benefit in U.S. pts + wide concerns that the study was not representative of all U.S. pts. Also, absence of severe patients w/ CNS or renal involvement and lack of activity in African Americans was criticized. There was consensus that the label should be restricted accordingly. The safety vote was 14-1 that the drug is safe.

- 90-Day Extension Possible — With only 23 days until the FDA action data of Dec 10th, a 3- month delay to complete labeling discussions looks quite likely. Citi now models launch in Q2:11 from Q1:11. Benlysta is partnered WW with GSK 50/50.

- Patient Label Exclusion — Citi now anticipates that as many as 45%-50% of pts will be restricted from Benlysta in U.S. and 25% in Europe since the label will likely excl African Americans (25%) and pts w/severe CNS and kidney disease (25%). They did not expect that the panel will be so vocal on the need for this restriction. Firm recalls that ~50% of pts did not respond, so there will be dropouts over time.

- Cutting Sales Ests — More so, the efficacy is in U.S. pts is much more modest than we originally thought and the panel of rheumatologists was not very impressed with the data. As this is a good predictor of broader uptake, they are cutting their 2015 Benlysta sales ests globally from $2.6B to $1.6B.

- Bernstein's Geoffrey Porges says that after a nail biting day the FDA’s Arthritis Advisory Committee voted strongly in favor of approving HGSI’s BenLysta for the treatment of SLE. Their conclusions are much as their expectations were going into the meeting – BenLysta is almost certain to be approved, but the panel’s discussion and the FDA’s comments suggest that there will be extensive debate about labeling, with the potential for a more restricted label than the actual study population in the trials.

The panel voted by a solid 10-5/13-2 majority in favor of the drug's efficacy and approvability, though both were subject to significant caveats and qualifications.

There is likely to be considerable discussion about the specific post approval study obligations and REMS program required of HGSI. All three of these seem to be challenging to resolve in the next 23 days, particularly with a major holiday in between; instead they expect the agency to request a 1 to 3 month delay beyond the PDUFA date to finalize these details.

Based on this outcome Bernstein is pushing their the timing for our launch for BenLysta in the US until Q2 2011, with EU launch in H1 2012. They are also reducing their addressable market in the severe SLE population by 10% to account for a likely exclusion from the initial labeling for patients with Lupus Nephritis or CNS lupus. While their near term revenue and earnings estimates decrease, their longer term forecasts only come down by 5-7% and based on peer company multiple expansion firm's target price increases from $32 to $33 and they are sticking with their market-perform rating. Should HGSI's stock once again tumble into the low to mid $20's range the firm would view the risk-reward more positively.

Notablecalls: This didn't go well for HSGI. Not a disaster but I think the stock was a consensus long ahead of the Adcom.

The stock is going to be a battleground with a slight downside bias, in my humble opinion.
Posted by notablecalls at 6:24 AM

Thanks a lot for sharing this with us.