Research in Motion (NASDAQ:RIMM): Upgrade to Buy, Target from $55 to $80: QNX OS Is the Real Deal - Jefferies 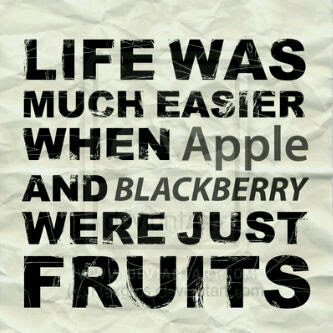 Jefferies is upgrading Research in Motion (NASDAQ:RIMM) to Buy from Hold with a $80 price target (up from $55) while raising their FY12 estimates above consensus.

According to the firm the upgrade is due to:

1. QNX better and earlier than expected: Jeffco's checks indicate that the new OS provides a great browsing experience, is scalable so can address low end and high end, is easy to port Android apps to, and is more secure, and requires less bandwidth. Also, the transition to QNX will be faster than expected.

2. International growth should carry RIMM until the new QNX products launch. The strength comes from Blackberry Messenger (BBM) as a free texting service and from the launch of a consumer service in China.

Bear case on RIMM is that Nov Q earnings are near RIMM's peak. Consensus estimates FY12 EPS only +3% Y/Y followed by a 10% decline in FY13. They do not believe that will be true due to QNX-based product launches in CY11.

Shannon's Law indicates that wireless spectral efficiency limits are likely to be reached in the next decade, putting increased emphasis on bandwidth efficient solutions like RIMM's.

Global Handset Model: Firm tweaks their estimates higher based on stronger shipments for RIMM and LG.

Valuation/Risks
In the last two years, RIMM's P/E has been in a 7-18x range with an average of 12x. Jeffco's $80 target is ~11x our FY12 estimates ex cash. Risks: 1) Wholesale transition to a new OS is hard execute and difficult to keep customers, 2) Share loss in enterprise.


Notablecalls: So far 3 people have pinged me saying they think this RIMM call from Jefferies is 'a biggie' or 'should work' or 'nice!'.

Looking at the call, Jeffco doesn't have much new to say apart from the fact they think QNX will launch somewhat earlier than expected. The stock is up 15 pts from its recent lows which kind of tells me it should be priced in.

Quite interesting to see a growth story turn into 'RIMM-to-only-lose-300K-enterprise-subscribers-in-CY11'. But I guess that's why its trading only 10x EPS, right?

This call may work today (I think it will trade to $61 or higher) but longer-term it's a dud. Sorry.
Posted by notablecalls at 8:29 AM

The last time I heard a mobile OS being the "real deal" was PalmOS. It didn't work out for me investment wise.

I think the big deal is that google just won email contract for the GSA. I am sure goog will gun for other enterprise customers too.