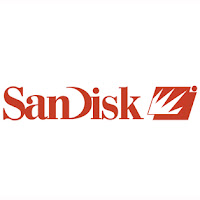 Goldman Sachs is upgrading SanDisk (NASDAQ:SNDK) to Buy from Neutral with a $45 price target this morning as they see an attractive entry point for the stock:

1) Post NAND industry oversupply and price pressure in 1H12, the firm expects a return to supply/demand balance by 4Q12 as they believe suppliers such as Samsung and Hynix are pushing out capacity expansion and shifting some NAND fab capacity to
logic;

Their Asia team believes Samsung is currently in the process of converting 70k NAND wafer capacity in its Austin fab to logic wafers to satisfy its application processor business; They now believe SK Hynix is in the process of scaling back its previously planned capacity expansion in 2H12

4) Valuation has become compelling with the stock trading at just 5X 2013E product earnings (given $15 in net cash/share plus $12 in royalty value).

Although they expect a weak 2Q report and see risk to Street estimates for 2Q and 3Q (firm is cutting 2012 their EPS to $1.70 from $1.80), the firm thinks the stock can move meaningfully higher through year end as they expect reduced supply growth to drive improved NAND industry fundamentals, which should lead to a gross margin recovery for SanDisk in 2H12. Based on their recent Asia trip and other checks, Goldman now believes NAND suppliers are pushing out capacity expansion given current industry oversupply. Coupled with seasonally stronger demand in 2H, the firm expects supply cuts to drive improving NAND supply/demand, with a likely undersupply situation in 4Q.

They expect SanDisk to see gross margin expansion in 2H12 – and gross margin is strongly correlated with the stock’s performance.

Goldman also has a constructive longer-term view of SanDisk’s opportunity in the solid state drive (SSD) market in 2013 and beyond, where they continue to believe that SanDisk should see outsized growth relative to peers with nearly 25% of sales from SSDs in 2014.

Notablecalls: Goldman's comments regarding NAND capacity expansion cuts at Samsung and Hynix are likely to be well received by market participants.

They downgraded SNDK on Jan 3, which proved to be a wise call as the stock got almost halved from there. With Goldman telling clients to jump back in I would expect some buy interest in the name. 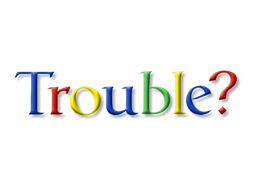 Benchmark's Clayton Moran is making an interesting call in Google (NASDAQ:GOOG) this morning saying business has slowed down markedly in Europe and is showing similar signs in the U.S.

Firm says they reduce estimates based on their 2Q channel checks. They believe Google is likely to miss the consensus estimate for net revenue due to the following: European online advertising has weakened further, the decline in the Euro currency, and, fairly soft domestic search volume; specifically in retail. Street consensus for 2Q12 net revenue growth is 22% y/y, down from 25% in 1Q12, in part reflecting some of these issues. But they believe 19% to 20% is more likely. Firm maintains a Hold rating.

Benchmark notes they have been concerned about the European drag on Google’s growth since early January when they downgraded Google from Buy to Hold. Channel checks indicate that the European online advertising sector has weakened further in 2Q. They believe it is roughly flat y/y while the economy is contracting.

Google derives 35%-40% of its revenue from Europe and controls over 90% of the search market; Benchmark expects Europe will continue to drag down its revenue growth. In addition, the Euro is down 5% sequentially and 12% y/y (Google converts on a one month lag). They estimate the Euro decline could cost Google as much as 4 percentage points in y/y growth, although Google has historically done well hedging FX risk. Europe and the Euro are headwinds for Google’s overall 2Q performance and the closely watched cost-per-click metric.

The 2Q domestic online advertising market appears decent, but could be showing initial signs of slowing, per checks. There is no uptick in activity and advertisers remain cautious. comScore says Google search volume growth decelerated and was light of Benchmark estimate. In addition, some checks revealed softness in the retail category with sequential deceleration in growth through the quarter. The recent macroeconomic slowing may be having a negative affect on domestic search. Benchmark believes the domestic online ad industry grew about 10% to 12% y/y in 2Q.

Notablecalls: Moran cut GOOG to Hold on Jan 5 just days before the 100 pt drop in share price. He had been a GOOG bull since 2009. This lends him some Street cred.

Weakness in Europe doesn't come as a surprise but the cautious comments regarding domestic online advertising are likely to catch some attention.

I would not be surprised to see some n-t pressure in GOOG. They are set to report in 3 weeks.
Posted by notablecalls at 7:28 AM 19 comments: