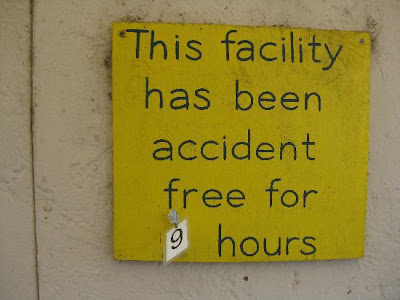 Oppenheimer is out with some fairly cautious comments on the CDN space, downgrading Limelight Networks (NASDAQ:LLNW) to Underperform & Akamai (NASDAQ:AKAM) to Perform from Outperform.

I'll focus on AKAM, that's the bigger player and where the liquidity is likely to be:

- Opco is downgrading AKAM to Perform from Outperform, and removing their $58 price target. They remain positive on secular industry trends (online video, cloud computing, etc.), but fear the recent NFLX news could generate renewed CDN price competition. Firm notes that NFLX currently is not a large customer (~1% of revenue), but usage of more CDN providers limits upside for AKAM in '11-12. They believe the decision to use more CDN providers is based largely on a need for NFLX to optimize cost/bit for vanilla CDN transit and the increasing willingness of LVLT/LLNW to gain scale by competing on price. Bottom line, multiple expansion for AKAM could be capped near term, should price competition become more widespread across the industry.

Contrary to early reports, the decision by NFLX to use more CDN providers (AKAM/LLNW/LVLT vs. AKAM/LLNW previously) appears to be largely based on pricing, rather than network performance issues. Though the precise mix among the three may change over time, NFLX will continue to source AKAM's video and optimization services going forward.

While still an isolated event, this raises concerns regarding increased price competition for basic CDN transit services as LVLT and LLNW compete more aggressively to gain scale. The fundamental strategy is driven by scaling core CDN services to build a broader customer base, upon which to layer more profitable/higher growth value-added services (VAS).

As LLNW/LVLT both trail AKAM by a significant margin in customer scale and breadth of VAS portfolio, Oppenheimer is concerned that the NFLX news is merely the first hint of rising competitive intensity.They fear the two will compete more aggressively for bits of traffic, which could impact growth and margin trends across the industry.

Valuation (15x Oppenheimer's '11E EV/EBITDA) remains fair; given signs of heightening price competition, the firm believes multiple expansion could be capped near term. As such, they are downgrading to Perform. Importantly, their fundamental view on industry trends remains positive, and they would revisit their rating should the feared price competition not materialize.

- PS: Note that Jefferies is also out with some cautious comments on CDN's saying Netflix adding Level 3 as a prime CDN provider has raised questions about price and performance differences among CDN providers. They outline why they think pricing declines could pick up a bit in 2011 and why hosting companies might have a performance edge in streaming large profile video content. Firm maintains Hold rating and $45 tgt on AKAM.

Notablecalls: Close your eyes for a second and imagine Akamai's CEO on their quarterly conf call saying they have experienced some pricing pressure over the 'last few months'. Doesn't look pretty, does it? Down an instant 10-15%?

Akamai has been pretty much the only profitable stand-alone CDN company, trading around 30-40x EPS.

'..Akamai's superior profitability is not solely related to higher contract fees – Akamai has long been the only profitable CDN provider. Their industry-high margins come from a software-based solution that scales financially. Their September quarter cash gross margin of 81% and 45% adjusted EBITDA margin speak to the leverage ... Limelight has thus far not been able to sustain net income profitability, and their ability to profitably scale their CDN business has been an outstanding question since the 2007 IPO. In the just-passed September quarter, Limelight reported a 57% gross margin and 14% adjusted EBITDA margin...' (from Jeffco's note)

I think the stock is vulnerable to potential pricing pressure chatter that is raising its ugly head as we speak.

Will the $48 level hold today?
Posted by notablecalls at 8:00 AM

Bluehost is ultimately one of the best hosting provider for any hosting services you require.

Bluehost is ultimately the best web-hosting company for any hosting services you require.