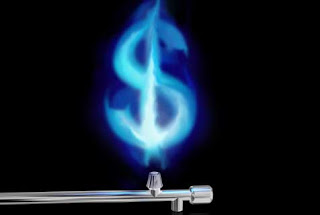 BMO Capital is upgrading Southwestern Energy (NYSE:SWN) to Outperform from Mkt Perform with a $40 price target calling for Peak in negativity.
- BMO says the change in rating reflects a potential larger value creation event beginning to unfold and which itself is not grounded in natural gas. Their recommendation also hints of the contrarian.

The former speaks to Southwestern’s exploration efforts targeting the Lower Smackover Brown Dense oil formation. Leasehold totals ~500k net acres today. Big footprint. Completion operations commenced on the first horizontal test, with flow rates expected at time of 4Q11/2011 earnings. Two other wells are expected to have been drilled by that time. Talking late February on news flow. Talking potential catalysts on the horizon. The latter speaks to natural gas for which Southwestern Energy is somewhat synonymous. No hiding it. By no means do they imply a change in their less-than-bullish stance on natural gas with this change in recommendation, they say. The firm is simply pointing out the torque SWN affords to any tightening of the supply/demand balance before winter’s end, however temporary the resulting higher commodity price. They do take some comfort that Southwestern has proven to be one of the lowest-cost, highest-margin producers among independents. (Firm puts it in the “survivor” camp among natural gas producers.) They expect to see the same approach to developing the Brown Dense oil resource play. BMO believes a favorable risk/reward now exists for investors to gain exposure to potential near-term catalysts for the shares that could come from successful exploration results, plus torque to any potential, albeit temporary, recovery in domestic natural gas prices. The shares are down ~30% since the start of the winter heating season(November 1) and the multiple has contracted to a 12-month low of ~5.5x.

BMO's estimates are unchanged from those last published January.

Notablecalls: Today is natty day. This comes after Chesapeake (CHK) vowed to curtail Marcellus drilling, sending natural gas prices way higher in minutes. One glimpse at US Natural Gas Fund (UNG) and you see it's a coiled spring.

So, BMO gives you a reason to buy SWN today - says there's a potentially big catalyst waiting in Feb. Calls it best-of-breed, leveraged to natty.

Another trader's favorite is Range Resources (NYSE:RRC)
Posted by notablecalls at 8:47 AM 1 comment:

The retailer has been on our radar ever since that Imperial Capital "Sell" call on Dec 9, followed by a significant earnings warning on Dec 27. More recently on Jan 12 commercial financing outfit CIT Group announced halting loans to Sears suppliers, which caused another morning gap-down in the stock.


- Around 09:32 AM ET a senior member of NCN pinged me with the following:


SHLD: +CIT Said to Be Approving Orders for Sears

(stock sold off big on CIT news removing them before)


Needless to say, this was material new information. Getting it out there to other NCN members was of utmost importance.

The stock had been on bounce/squeeze mode for days and this would only add fuel to the fire.

As you can see from the chart below a 3pt gain was to be had in the next 10-15 minutes.

This is how Notable Calls Network (NCN) works - sharing the flow. We catch them every day.

Want to be part of NCN?

It's easy. Just shoot me a brief email that includes a short description of yourself and your AOL nickname.

Please do note that contacts via IM are limited to people with:

I will not accept contacts from purely technically oriented traders, penny stock fans or people who have less than 3 years of experience in the field.
Posted by notablecalls at 2:38 PM No comments: 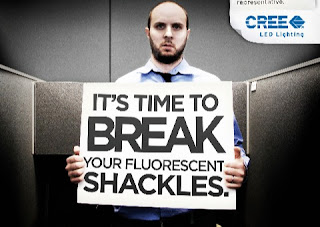 - Piper's proprietary checks with downstream LED lighting companies in China suggest Cree's customers likely saw rush orders in December ahead of an earlier Chinese New Year holiday. They met with international and domestic lighting players including TC Interconnect, Neo Neon, Phillips, and Osram over the last few weeks. Firm's checks also revealed that Chinese LED street lighting demand has recovered, and is growing at 30% y/y. Furthermore, competition is limited to leading chip suppliers Cree, Lumileds, and Osram. They view these checks as positive for Cree given 40% revenue exposure to China.

Rush orders likely drive upside in December quarter. A December uptick in demand due to rush orders in China could drive upside to our $310m revenue est (cons $310m), but we believe March qtr growth could be more modest at +8% q/q vs our prior estimate of +11% q/q given a likely demand pull-in ahead of Chinese New Year (2 weeks earlier this year).


Notablecalls: This one could work:

- The stock has been beaten to pulp & could be playing ketchup with the rest of the tech sector.


This could translate into 5-7% upside here, putting the stock closer to $24 level in the n-t.


PS: Note how Piper highlights Lumileds (NASDAQ:LEDS) as a leading chip supplier in addition to CREE. Should the China LED story find legs, LEDS could work well. Just take a look at the 40%+ move on Nov 4, 2011 following the news China had started incandescent bulb phase out. CREE was up 10% on that day.

Anyway something to keep on the radar.

I'm posting this on open.
Posted by notablecalls at 8:19 AM 9 comments: 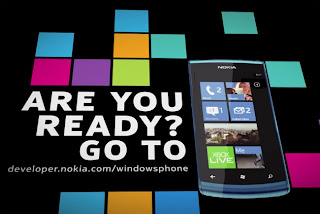 Credit Suisse's Telco Equipment team is making a rather bold call this morning by upgrading Nokia (NYSE:NOK) to Outperform from Underperform with a price target of $8 (prev. $5.5).
- Actually the upgrade is part of a broader call as the firm is raising their Global 2012 handset estimates while also painting a positive scenario for Microsoft's Windows Phone initiative. They believe WP will become the #3 smartphone OS.

CSFB believes Nokia will start to realise the benefits of transition from Symbian to Windows Phone from 2H 2012 as it can capture 13% global smartphone share in 2013. This will drive a long term turnaround EPS of €€ 0.60 (which is 50% above consensus).

They believe that Nokia’s new Windows Phone-based smartphones are poised to gain traction based on three key factors: 1) strengthening developer/carrier support for the Windows Phone ecosystem, as confirmed by Credit Suisse’s proprietary survey of more than 25 carriers globally, as well as recent application developer surveys and data points, 2) aggressive pricing of Nokia’s Windows Phone devices in the range of €€ 180-300 from the outset, and 3) the quality of the Windows Phone OS platform combined with Nokia’s brand, distribution, scale, and IPR.

Based on these three drivers, the firm believes that the Windows Phone platform will eventually command a significant-enough market share to become the #3 OS in the smartphone market. In fact, the Credit Suisse Telecommunications Equipment Team believes that Nokia will command 13.2% of the total smartphone market by calendar year 2013.

In Credit Suisse’s proprietary survey of more than 25 carriers globally, Windows Phone received higher ratings than RIM in every category surveyed except for messaging. This data further reinforces CSFB's belief that the Windows Phone platform will eventually able to command a significant-enough market share to become the #3 OS in the smartphone market.

In particular, they note Windows Phone’s lead in terms of user interface in Credit Suisse’s proprietary survey of more than 25 carriers globally. Windows Phone’s Metro interface screen is primarily a portal into what Microsoft calls the bigger “panorama.” Whenever the user is within a particular hub, they are looking at a section of that segment. The user can swipe from side to side to pan through all of that hub’s options and capabilities. If this user interface is ported to a larger screen tablet device, conceivably the user will see the whole integrated experience rather than a section of it through a small portal.

The notes are long, so I can publish only a tiny fraction of it all.

Notablecalls: It's very difficult to find a Buy rated analyst in NOK these days, let alone a Tier-1 one. So this means the upgrade is likely to generate meaningful attention. A major change in view.