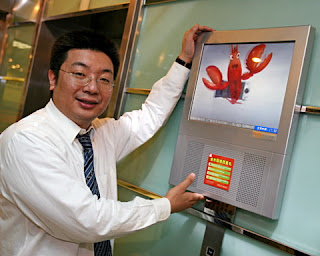 Quick note: Long term Focus Media (NASDAQ:FMCN) bull Juan Lin from Wedge Partners is out with some thoughtful comments on the name. . I've been on FMCN's case past 24 hrs so I'm posting for the sake of objectivity. Worth a read guys.
The Waters are Clear

Yesterday research firm Muddy Waters posted a report on Focus Media (FMCN) recommending a ‘strong sell’ on the stock based on an accusation of fraudulently reporting operating numbers and historical write-downs. We believe that most of the comments are based on historic events, misunderstandings of the business and has insufficient support to lead to the conclusion.

MW: FMCN has been fraudulently overstating the number of screens in its LCD network by approximately 50% – particularly in Tier I cities. FMCN claims to operate 178,382 screens, but the actual number in FMCN’s media kit is less than 120,000. This is similar to China MediaExpress Holdings, Inc. (OTC: CCME), which we reported is a fraud on February 3, 2011. We therefore question whether FMCN’s core LCD business is viable.

The LCD commercial network includes LCD TV screens and LCD digital poster frames. MW only counted LCD TV screens to accuse the company of fraudulently overstating the number of screens. The company sells to advertisers with detailed lists of buildings and numbers of screens in the building, who understand the difference.

FMCN also plans to ask a well-known global third party survey company to investigate the number of screens. The company will hopefully deliver the report in 2-3 weeks.

MW: Like Olympus, FMCN is significantly and deliberately overpaying for acquisitions, writing down $1.1 billion out of $1.6 billion in acquisitions since 2005. These write-downs are equivalent to one-third of FMCN’s present enterprise value. FMCN’s overpayments include fraudulently booking at least six mobile handset advertising acquisitions that it never made. Olympus’s situation may explain why FMCN overpays for acquisitions. Olympus management has stated that Olympus deliberately overpaid for acquisitions in order to disguise losses on investments. Questions remain about whether individuals associated with these transactions also pocketed the money, and / or whether the acquisitions were really used to cover losses in Olympus’s seemingly robust core business.

We went through the time periods when Chinese outdoors media companies were having severe competition in expanding market share. In order to demonstrate consistent strong growth, Focus Media decided to make massive acquisitions through earn-out terms. The company had to sometimes pay a very high premium in order to stop competitors from issuing IPOs. Target Media, Frame Media and CGEN were the primary cases. We have talked to people in this industry and understand the acquisition of these entities were NOT fraudulent, although the acquisition of CGEN was a failure.

MW: FMCN has written at least 21 acquisitions down to zero and then given them away for no consideration. We show that many of these write-downs are not justified. There are several possible nefarious reasons FMCN gives acquisitions away, including doing so may put FMCN’s problems beyond the reach of auditors.

The company indeed used to overpay for some of the acquisitions and decided to stop paying for the second and third payments due to the tough advertising environment in 2009 in order to maintain cash. The impairment of acquired companies is mainly due to such situations and also the write down the company had to take after the stock price dropped from $60 to $6. Other examples like Allyes and some media companies do not have a lot of assets apart from people, so the large impairment is also understandable once the operation is not going well and talent left the company.

Another reason for some impairment is due to the Shanghai Expo during which the Shanghai government prohibited outdoor advertising in certain ways in 2010.

MW: Sales of FMCN shares by insiders have netted them at least $1.7 billion since FMCN went public in 2005.

The shareholders mainly include early investors including Softbank, IDG, Goldman Sachs, and management of Target Media and Frame Media. More importantly, CEO Jason Jiang has not sold any shares since 2006; but, instead, increased his share of the company over time.

On its conference call this morning with investors, FMCN stated that it is talking to its law firm in deciding whether to file a lawsuit in responding to Muddy Waters’ ‘misleading report’. The company maintains its outlook for 25% top line growth for 2012, of which 20% is organic growth and 5% from the new interactive screen business, and has not yet seen any abnormal spending pattern from advertisers. Advertisers have also provided positive feedback to FMCN’s new interactive screen business. Additionally, the company plans to accelerate share its buyback plan due to the share price drop caused by the MW report.

While remaining concerned about the potential growth slowdown of next year’s advertising market due to the macroeconomic environment, we have learned that the digital out-of-home market has been evolving from 2008, and has become a strong substitute for TV advertising. Advertisers have been driven away from the TV platform by the price hike (over 30% annually) and have gradually dropped some low quality, local TV stations. Advertisers are shifting budget to outdoor digital platforms and online especially online video platforms. For outdoor platforms, those who can reach to end consumers, including Focus Media’s networks, in-store screen networks, in-cinema advertising networks, bus-stop posters and ad networks on transportation tools should see healthy growth.

Furthermore, the possibility of advertisers suddenly ceasing spending like what happened in late 2008 will unlikely happen either in 2011 or next year. We have seen the normal year-end advertising budget flush into various media platforms, and the current feedback from advertisers on outdoors advertising platform still indicates normal growth for next year.

Compared to Focus Media’s platform, which can provide sales campaign themed ads, we are more concerned about traditional billboard and brand advertising platforms such as AirMedia’s platform.

Notablecalls: The problem with FMCN doesn't seem to be related to their core business but rather related party transactions.
Posted by notablecalls at 10:26 AM

I am very much pleased with the contents you have mentioned. I wanted to thank you for this great article. I enjoyed every little bit part of it and I will be waiting for the new updates.
Stock Future Tips

Many thanks for the exciting blog posting! I really enjoyed reading it, you are a brilliant writer. I actually added your blog to my favorites and will look forward for more updates. Great Job, Keep it up.
Free Stock Tips For Intraday

This is nice post. One of many social media sites to register an account, so you have the opportunity to brand themselves and their property names.

out of home advertising

Cleaning Norbiton Carpet cleaning that will take you a whole day to do it, they will do it in a few hours.
3. Minimize Moisture
After each cleaning, there will be some moisture left in the carpet. The time of drying depends on the type of carpet, but the sooner it dries the better.

A clean place is a source of positive energy and a messy place reflects negativity. Cleanliness is one thing which all of us long for. There are times when we want to get the place cleaned but do have time to do it ourselves.

eToro is the best forex trading platform for rookie and advanced traders.