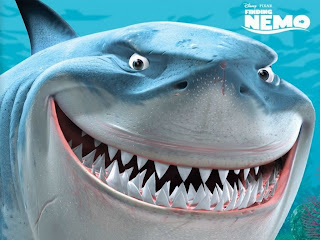 Janney's Tony Wible is dealing a potential death blow to Dreamworks Animation SKG (NYSE:DWA) downgrading the name to Sell from Hold while lowering his price target to Street low of $12.

According to Wible they are increasingly concerned about the decay in franchise film performance, the possible cannibalization from the NFLX deal, the weak open on Puss in Boots, and their diminished outlook on new IP films. These concerns are exacerbated by the steep decline in DWA's DVD sales, but is partly tempered by better international performance, the near term boost from NFLX catalog sales, strong non-film performance, and the potential for self distribution savings in 2013. On balance, Janney believes estimates will need to move lower and sees the risk/reward on the stock in favor of a Sell rating.

Downgrade on Spike and Optimism - We are downgrading DWA to Sell from Neutral, as we believe the street is too optimistic about the rebound prospects on Puss In Boots, which we believe is now trending towards a $135 million USBO ultimate (below our reduced expectations). The under performance leads us to question the prospects on DWA's future slate of new IP films. We are reducing our fair value to $12 based on the reduction in our estimates.

Lower Generic Expectations - We believe the generic $200 million USBO film will trend down to $175 million. While foreign performance has helped worldwide numbers, the high rental rates offset much of the benefit. Our reduction of Puss In Boots numbers and the reduction in new IP film estimates (Guardians, Croods, Turbo, Shadow) lead us to reduce our 2012 and 2013 EPS to $1.07 and $0.95 from $1.41 and $1.50, respectively.

Franchise Fatigue - The core of DWA's business has been under pressure as established franchises are decaying faster than expected while new IP films have yet to create new franchises. The company is still producing some of the highest grossing animated films but the relative weakness and the string of disappointments will likely cast more doubt over future releases. Mounting competition also stands to commoditize the value of DWA's IP.

DVD Doubts - The entire industry has seen weakness in disc sales. However, DWA's compression in DVD to Box office ratios have been higher than its peers, which we ascribe to its support of cheap rental services. While the new NFLX deal will provide incremental catalog revenue near term, this deal has the potential to cannibalize new release and catalog disc sales as the output deal launches in 2013.

Foreign Exchange - The recent strength in the USD could be another headwind for DWA, as it produces its films in USD but sees more than half its revenue from international markets. The high USD would essentially deprive DWA of high margin revenue. While P&A spend is a hedge, each DWA film is expected to be profitable so the hit to revenue will be greater than the expense offset. We would note there has been recent weakness in key Latin American currencies that are now trending between a 4% to 8% YOY headwind.

One Last Hurrah - Puss will likely rule the USBO for one final weekend and may gross between $25 to $35 million, which could fuel more bullish optimism. However, Puss's run is coming to a close as Happy Feet 2 launches next week.

Notablecalls: So who is Tony Wible from Janney you ask? The guy who nailed (or killed) Netflix.


And now it appears he is going after DWA with similar vigor, cutting PT and estimates way below Street.

This alone should send tremors down the holders' spines.

DWA should get hit after open and then drift down in the n-t, possibly below $18 level.

PS: I'm posting this around open.
Posted by notablecalls at 8:59 AM