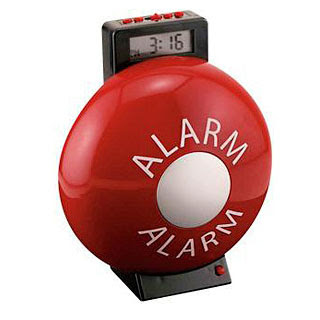 Bio-Reference Labs (NASDAQ:BRLI) a lab testing company currently under siege from short-sellers at Streetsweeper.org appears to be losing Sell side analyst support this morning after Jefferies & Co decides to put their rating Under Review (prev. Hold).


- Jefferies analyst Arthur Henderson notes they expect BRLI shares to see increased pressure after a second short report, published on Thursday afternoon, criticized the company's business practices and the background of certain employees. While they have no reason to believe the company has done or is doing anything inappropriate or unethical, the firm believes the news will not be well received and could elicit scrutiny from regulators. Rating under review (from Hold).

The Street Sweeper strikes again. On Thursday afternoon, The Street Sweeper, an online research organization whose goal is "to uncover the dirty little secrets that investors need to know," released the second part of its investigation into BRLI's business practices. The report digs deeper into BRLI and discusses the alleged sordid background of a few current and former employees. As a reminder, the first report was issued on November 1st and raised concerns about the viability and sustainability of BRLI's earnings growth, which has been fueled in part by increased utilization of the company's GenPap test -- a sophisticated test allowing OB/GYNs to better screen and detect a wide range of organisms such as chlamydia, gonorrhea, syphilis, etc. That report also articulated concerns about the company's billing practices, its weak cash flows, and salesforce tactics.

A new overhang emerges for BRLI. The Street Sweeper report is definitely an eyeopener and could spook investors as well as draw the attention of regulators. While we have no reason or evidence to conclude that the company or its employees have done anything unethical or inappropriate, the allegations are poignant and could provide a meaningful overhang on BRLI shares.

Notablecalls: Well this is alarming. I expected a garden variety Sells side defense but not this.

With Henderson calling the Sweeper report an 'eyeopener with potential to draw regulatory attention' I would not be surprised to see the stock in free fall.


Here are the reports:

Is Bio-Reference Laboratories as Healthy as It Seems?

Posted by notablecalls at 8:06 AM

let's give the proper props to the source. ;)

there is a "the" in the domain name. i don't want to buy street sweeping services.....

I am very much pleased with the contents you have mentioned. I wanted to thank you for this great article. I enjoyed every little bit part of it and I will be waiting for the new updates.
Stock Future Tips

Many thanks for the exciting blog posting! I really enjoyed reading it, you are a brilliant writer. I actually added your blog to my favorites and will look forward for more updates. Great Job, Keep it up.
Free Stock Tips For Intraday

The blog was absolutely fantastic! Lot of great information which can be helpful in some or the other way. Keep updating the blog, looking forward for more contents...Great job, keep it up.. bombay stock exchange