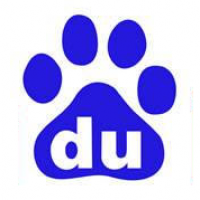 Goldman Sachs is making a major call in Baidu (NASDAQ:BIDU) downgrading the name to Neutral from Buy with a $165 price target (prev. $175)

According to Goldman fears over a China hard landing and global recession have led to a broad de-rating of the Internet and Education sectors over the past month. Although the sector has already bounced off the early October lows, with their coverage universe up 19% over the past two weeks but still down 12% over the past one month, they believe that volatility and uneasy sentiment over the sustainability of the current rally is likely to persist.

Given concerns over China’s economic slowdown next year, investors’ focus has naturally transitioned to the 2012 outlook from near-term fundamentals, with the upcoming 3Q results season unlikely to be sufficient to sustain rallies in the stocks, in Goldman's view. While they believe a managed, soft landing is more likely than a hard landing, nevertheless the lack of visibility into 2012 will likely limit share price performance.

The stock is up 1021% since we upgraded it to Buy on Dec 15, 2008, versus the S&P500 up 41%. While we continue to view favorably Baidu’s improved quality of growth and immense revenue opportunity as e-commerce growth accelerates advertiser adoption, we believe that relative outperformance hereon could be difficult. We consider the weakening advertising environment, which could affect Baidu at the margin despite structural growth drivers from rising online and search advertising adoption, and search as (one of, if not the) highest-ROI advertising channel.

We believe Baidu could be continued to dogged by several concerns: 1) SME tightening concerns, based on reports of lending restrictions plus rising labor costs causing bankruptcies. Looking at Baidu’s top advertiser categories, we would think some segments such as machinery and business services would be more sensitive to the economic cycle and depend on more capital-intensive industries. 2) ecommerce ad spend slowdown. Our channel checks suggest that smaller e-commerce companies are moderating their advertising spend into 4Q11 and likely into 2012 in order to conserve cash, due to heated competition and volatile capital markets hindering fundraising activities.

Baidu will report 3Q11 results on Oct 27 after the market close. We believe risk-reward could be negative going into results, given the strong fundamental momentum the company has already enjoyed boosting near-term expectations, while visibility into 2012 remains limited (with Baidu actually having the lowest visibility among our covered advertising companies owing to its large SME customer base).

Notablecalls: This will likely hurt as Goldman has been one of the most vocal bulls in Baidu. They have played their hand very well and are now telling clients to cash in the chips.

What I like about this call is that the analyst is not pushing her views, but rather attempting to be quite objective. Acknowledging the risks. Saying reward here is not worth the risk. Saying sell ahead of #'s.

This is the type of call that creates selling pressure for days as large clients sell.

Hi, The nice blog sites and the topic about Baidu Stocks News. Just found your site on with Google helped me a lot! I really like the info, thank you.

eToro is the #1 forex broker for beginning and advanced traders.