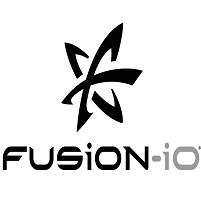 Ader is downgrading the shares of FIO from Outperform to Market Perform, based on his belief that Street consensus estimates for the second half of fiscal 2013 (March and June quarters) calling for year‐over‐year growth of 46% are aggressive. His checks point to slower‐than‐expected bookings, specifically on the enterprise side of the business (both for PCIe cards and standalone software), leading him to believe that the company will struggle to meet expectations for the full fiscal year.

Ader notes they continue to strongly believe that enterprise flash is at an inflection point, but demand for server‐attached PCIe cards appears to be developing more slowly than he expected, though he is still expecting FIO to grow its enterprise sales by 53% (down from his previous estimate of 66%) in fiscal 2013 (June). The analyst notes he is struggling to point his finger at why demand has slowed in recent months, but it is evident that macro pressures affecting the larger storage market are impacting the PCIe segment, resulting in less low‐hanging fruit being available. In addition, his checks suggest that Fusion’s software offerings (ioTurbine and ION) and recent OEM partnerships (with Cisco [CSCO $20.29; Market Perform] and NetApp [NTAP $33.24; Market Perform]), both of which he has viewed as key growth catalysts in fiscal 2013, are developing more slowly than he initially anticipated. Lastly, Ader believes that new emerging architectures such as all‐flash arrays may be causing customers to pause as they evaluate alternative approaches to flash and educate themselves on newer offerings.

From a competitive standpoint, while William Blair has not picked a material change in the PCIe flash landscape, firm's checks indicate that Intel (INTC $21.25) is gaining steam with its recently introduced Ramsdale 910 series PCIe card. The 910 is substantially less expensive (30‐40% cheaper by some accounts) than Fusion’s ioDrive 2 product line, and according to their sources performs better than Fusion in write‐intensive environments. They believe Fusion may soon introduce a lower‐priced PCIe card that will be more competitive with the Intel card, but their fear is that this new card could cannibalize ioDrive sales.

Notablecalls: This is a big call from Ader. He is pretty much calling Fusion-io the next Mellanox (MLNX) with the exception Intel is already here with a competing product. What's even worse Intel's Ramsdale 910 series PCIe card is 30-40% cheaper while performing better than Fusion-io's comparable offering. That's going to weigh on margins sooner or later.

We had the perma bulls from Credit Suisse out yesterday touting FIO's ioTurbine software as the main competitive edge. Here's what Ader has to say:

Ader is the Axe in the networking and storage space with his calls moving smaller names such as FIO by as much as 6-10%. He is lowering his '13 and '14 estimates below Street. FIO trades 40x '14 EPS.

Below $20 today and toward recent $17.50 lows in a few weeks? I would expect to see continued selling pressure in the name throughout the day.

(Note Ader is also downgrading EMC (NYSE:EMC) this morning)
Posted by notablecalls at 9:28 AM

This article clears all the doubts and confusions that will have issues while pretending & not getting there where they want to. Excellent Article!!!
Accounts Software For Small Business
Simran Kaur

Wow, you have nice blog here with many helpful for brokers info, where you get it, what is your sources which you base this articles?
eCustom Writing write your articles with proper sources!

Thanks for the wonderful post, check here for the following details

Go for the best services and devices to help yourself. Talk to the customer care executives with the free spirit if some kinds of issues stop you to make the necessary decisions.

I'm here to share my testimony of what a good trusted loan company did for me. My name is Nikita Tanya, from Russian and I’m a lovely mother of 3 kids I lost my funds on trying to get a loan it was so hard for me and my children, I went online to seek for a loan assistance all hope was lost until one faithful day when I met this friend of mine who recently secured a loan from Le_Meridian Funding Service She introduced me to this honest loan company who helped me get a loan in within 5 working days, I will forever be grateful to Mr Benjamin, for helping me get back on feet again. You can contact Mr Benjamin via email: lfdsloans@outlook.com lfdsloans@lemeridianfds.com, they do not know I’m doing this for them, but i just have to do it because a lot of people are out there who are in need of a loan assistance please come to this company and be saved.WhatsApp:(+1 989-394-3740)

Thanks for provide great informatic and looking beautiful blog, really nice required information & the things i never imagined and i would like to request, wright more blog and blog post like that for us. Thanks you once agian

If you have any query related office,cash app, notton visit us for solution...

Outstanding Blog! I want people to know just how good this information is in your Blog. I will visit your blog daily because I know. It may be very beneficial for me. You can easily Fix Your Error Roadrunner Email Login Not Working Error please contact roadrunner support team for solution.

Buy indoor plants online near dwarka, new delhi - Birthright offers indoor plants for home online in India. At our online nursery, We have a team of talented brand shapers who have the capability, passion and knowledge to deal with clients.
As a Graphic Design Services In India, We have a team of talented and Creative Graphic Designers to Create Custom Graphics.
Get contact details and address of Renovation Services, Renovation Works firms and a home renovation services is Negotiable.
Use the Blink Monitor App for Android to check in on what's happening at home from anywhere at any time. The app connects your home to your phone in HD video
Getlisting Provides Complete Solution If You Facing The PlentyOfFish (POF). Can't log in? Issues in United States. If your file is being reviewed for some reason, such as being reported by another Plenty of Fish user, your account might be temporarily suspended while the company investigates.


One of the best wines which I have every seen before we will be getting any type of bottles here too old alcohol even I'm seeing this Bagga Wines Since 20 years.At the same place in Koti Hyderabad
Nita Wines in Churchgate, Mumbai
Privacy Policy
Star Wines in Powai, Mumbai
Disclaimer
G Town Wines L1
Variety Wines Merchant in Juhu, Mumbai
Bagga Wines in Putlibowli Koti