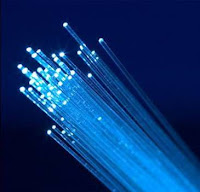 - Checks with Intel suggest the they can now build 100G transceivers at “high volume” and with a “good yield”. Bad news for Finisar.

Investor Summary: Jeffco's checks and a recent public announcement from Intel suggest that the ultimate commercialization of highly deflationary silicon photonics technology in data centers is likely no longer in doubt – bad news for manufacturers of “traditional” MSA-based, manually assembled optical transceivers for the data center such as Finisar. They believe current Street expectations for Finisar in FY14 and FY15 are likely too high as they likely do not contemplate the impact of silicon photonics-based products on the 100G CFP market, of which Finisar may have as much as an 80% share. The business currently trades at 18x firm's new CY14 EPS estimate of $0.95, a premium to industry peer JDSU (which trades at ~14x CY14). Firm arrives at their new $7.50 target price (down from $14.00 previously) by applying an 8x P/E multiple to our CY14 EPS estimate – reasonable in their opinion given Finisar’s relatively lower medium-term growth profile. (They now expect revenue growth in the low to mid-single digits over the medium- to long-term.)

* Cisco and Others Are More Significant Near-Term Threat. While Jeffco suspects it will be a while before we see optical transceivers from Intel, their checks suggest a number of players, including Cisco, are likely to launch silicon photonics-based transceivers for 100G applications in the data center in 2013 and 2014.

* Finisar may now have as much as an 80% share of the 100G CFP market, and Jeffco estimates that 100G CFPs represent around 10% of Finisar’s business today. However, they would note that: 1) CFPs are currently among the highest margin, fastest growing products in Finisar’s Datacom Portfolio; 2) Conversations with industry contacts suggest that silicon photonics technology can scale to higher speeds (400Gbps and beyond) relatively easily – thus the broad adoption of silicon photonics technology puts the long-term growth prospects of Finisar’s datacom business in jeopardy.

* Acknowledge a Lot of Unknowns
Kisner acknowledges there remains significant uncertainty around timing, pricing, and breadth of customer adoption of silicon photonics technology. He also admits there may be lack visibility into various ways Finisar might participate in the deployment of this technology (including potential acquisitions). Nonetheless, on balance, he believes that the threat of silicon photonics is now tangible and skews the risk/reward offered by Finisar shares to the downside.

Notablecalls: This is a big fundamental call that will serve as a overhang for the foreseeable future. Having Intel and Cisco as competitors (with better tech!) simply can't be good. A structural problem that's not going to go away.

Kisner's no stranger to making big negative calls in the space. He downgraded Finisar back in Feb after Cisco announced the $300 mln Lightwire deal sending the stock down ~50% over the next 4-5 months.

With Kisner saying competition is now on the doorstep and slashing his estimates and target way below Consensus, this is going to generate ample fear and selling interest. Don't get me wrong - every FNSR watcher out there has been aware of the looming competition for quite a while but Kisner says it's coming earlier than many expected.

All in all, I suspect FNSR will be down 10%+ today and trade toward recent lows in the coming months. Don't chase it too low, let it come to you.

Actionable Call Alert!
Posted by notablecalls at 8:40 AM

This article clears all the doubts and confusions that will have issues while pretending & not getting there where they want to. Excellent Article!!!
Accounts Software For Small Business
Simran Kaur

I visited your blog for first time. I really appreciate you for sharing this wonderfull piece of information and fundamental call. Keep sharing with us.
Bullion tips

Want to invest in Bitcoin mining business, most profitable home based easy activities, start now from Antminer S9 for sale with free power supply and all assessries. You can make 1.6 btc monthly though this machine. this is quite funny and possible.

The blog was absolutely fantastic! Lot of great information which can be helpful in some or the other way. Keep updating the blog. We are top CRM Software.

Nice blog and absolutely outstanding. You can do something much better but i still say this perfect. Keep trying for the best. for more information visit here: Download QuickBooks File Doctor

Recommend This site is the best for you.
Thank you for your interest