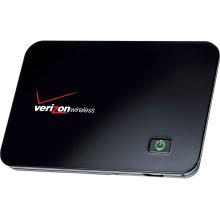 - This is likely to result in way higher-than-consensus #'s. Firm rates their Outperform rating and $12 target.

A recent round of checks on LTE MiFi sell-through at Verizon has been positive. BMO believes Novatel’s MiFi has emerged as the preferred LTE device in their checks. Verizon appears to have stopped selling CDMA modems and hotspots in all markets, and this alone should increase NVTL’s ASPs and revenues. Firm estimates that a normal handset upgrade rate woul dresult in significantly higher revenues than their above-consensus estimates. BMO estimates upgrading Verizon’s existing 6 million Mobile Broadband Subsis worth more than $1B in device revenue. They are above consensus for both3Q and 4Q as they think the Street underestimates the impact of higher ASPs,a return to a normal upgrade rate and the expanding addressable market. They also believe that embedded revenues will start ramping and that Novatel and Sierra could take 50% of the embedded laptop/netbook market.

Channel Checks
Checks with Verizon stores in several cities since the launch of the Novatel LTE MiFi in late April indicate that it is selling well. Several store reps BMO talked with discussed selling at least one MiFi per day and all reported a significant increase over prior quarters. Almost all of the store reps they talked with are pushing the Novatel MiFi over the Samsung hotspot owing to performance issues with the Samsung device, Novatel’s MiFi brand, and better form factor. These sentiments were echoed at the Verizon website where reviews of the Samsung device were overwhelming negative. Many reviewers received several replacement Samsung devices before switching to the MiFi, which they had no issues with. BMO also expects the Novatel LTE USB modem to become available in Verizon retail stores shortly, as the LTE-only LG modem has been discontinued. Previously the Novatel modem was available only on line. They believe that Verizon is upgrading existing CDMA mobile broadband customers for free, even for customers who bought a CDMA MiFi within the past several months.

VZ Revenue Assumptions Likely Conservative
BMO models Verizon’s mobile broadband subs, upgrade rate, net adds (which it recently began reporting) ASPs, market share and dongle/MiFi mix to estimate Novatel revenues at Verizon. Firm's base case assumes that net adds slow to 300,000 per quarter, upgrade rate increases to 9%, NVTL has 75% share of MBB at Verizon, MiFi is 70% of the mix, and ASPs decline by 2% per quarter. These assumptions result in 2011/2012 revenues of $348 million/$504 million, basically double the current estimates in their model of $186 million and $200 million.

Where Their Call Differs
BMO notes they are one of only two positive ratings on the stock. Firm believes their estimates are the most detailed, as we model the company at a carrier level, looking at both units and ASP. The stock has been out of favor for a while. The last major technology upgrade cycle began eight years ago, MiFi didn’t live up to the initial hype, Asian competitors took share worldwide, and Qualcomm had taken 95% of the embedded laptop business. They think that the Mobile Broadband business, while it tends to be a bit choppier than M2M, has much better leverage and better economies of scale to create value for companies that do it well.

BMO believes the Street is modeling one quarter of strength from LTE. They, however, think there will be several strong quarters. As a result, their September revenue estimate of $142 million is well above consensus of $119 million. They are also way above for 2012 revenues and earnings.

Valuation
The P/E ratio of NVTL has varied considerably owing to the inherent leverage in the model, with P/Es in excess of 70x prior to the launch of EVDO rev A. Therefore, BMO believes EV/sales is a better comparison when looking at historic valuation. BMO's $12 price target for NVTL implies a P/E of 12x their 2012 pro forma EPS estimate and an EV/Sales of about 0.5, below the 2007 ratio of 1.2.

Notablecalls: Well guys, this is potentially a game-changing call from BMO. NVTL has been left for dead as the M2M hype didn't materialize fast enough. Remember NVTL & SWIR were all the rage back in 2007.

Now 4 yrs later Verizon the nations largest wireless operator is starting to push Novatel's Mifi in a major way. It looks like only BMO has picked this up so far, offering investors a potentially huge risk/reward situation.

Even if BMO's half-right, this thing is likely 2x undervalued.

From trading perspective I've witnessed 10-20% intraday moves in NVTL in reaction to positive news. I think we may have similar potential here in the n-t.

I'm fairly sure it can do $5.50 today but I'm certainly hoping for more.


PS: I'm intentionally posting this after market open (9:30 ET AM) after watching so many of the small-cap names being bid up to unhealthy levels in the pre-market.
Posted by notablecalls at 8:39 AM

eToro is the #1 forex broker for new and advanced traders.