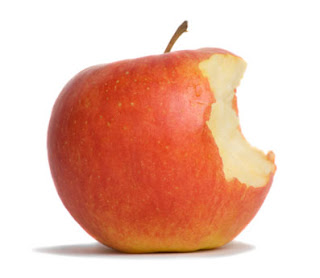 Citigroup Semiconductor team is out with some fairly interesting comments on Apple (NASDAQ:AAPL) & Intel (NASDAQ:INTC) saying a foundry relationship may be forming between the two companies.
Firm's discussions with the hardware supply chain tend to support this belief. Intel has previously acknowledged they would be amenable to such a relationship, under the right conditions. Citi notes they suspect one such condition includes the potential for Apple to eventually convert from an ARM-based core for handsets and tablets to x86. Given the growth opportunity this opens for x86 processors, they would view such a foundry relationship, were it to happen, positively.

Potential to Migrate Apple to x86 — Intel’s revolutionary 22nm multi-gate manufacturing process is likely the main attraction for Apple. While they do expect TSMC to garner a portion of Apple’s foundry business, Intel’s substantial manufacturing lead with such a critical technology makes them a logical candidate. This is especially so given design difficulties Apple may encounter when migrating the Ax processor to 28nm and below. Citi suspects Intel’s late migration of Atom to 22nm could be in relationship to a potential foundry partnership with Apple (much like Samsung’s delay of their Hummingbird solution).

14nm the Trigger Point — Should such a deal materialize, Citi expects Intel will initially produce ARM-based solutions for Apple at 22nm. With an ARM-architect license, they see no hurdles to this. But as Intel readies 14nm (2013), potential for a shift to x86 exists. At that stage, Intel would have appropriately moved along the SOC learning curve. We believe Intel’s recent cap-ex increase, geared predominantly for 14nm, may have been inspired by the potential for an Apple relationship. Recall Intel is building a new fab in Arizona (Fab 42), geared specifically for 14nm.

Notablecalls: Nothing new about the AAPL/INTC foundy talk. This has been around for a while now. What's significant are the comments regarding AAPL converting their ARM-based core for handsets and tablets to x86.

That would present a major blow for ARM Holdings (NASDAQ:AMRH). The stock is trading up in the pre market (trades primarly in London) but as the Citi comments start circulating, I suspect we will see some selling pressure in the name today.
Posted by notablecalls at 6:30 AM

Note ARMH CEO is out with a pump this morning:

ARM to own 40% share in 2015 notebook market with help from Windows 8, says ARM president

C must be short ARMH, total BS. Like they know what S. Jobs thinks and what will happen 3-4 years from now.

INTC is a loser, trying to catch up to the market that's rapidly moving away from it.

ARM CEO is not saying anything new this morning. Shorts are such a bunch of filthy liars.

Should Apple take such a drastic step? With ARM processors Apple is reigning the industry. With Steve Jobs gone it doesn't seem possible for Apple to speculate with iffy Intel in the genre of low power mobile processors.Intel do need a partner, Apple does not.