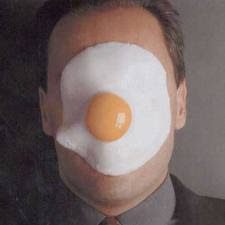 Today I have a story for you about a Semi Equipment analyst at UBS called Stephen Chin. Stephen has made some good calls on Veeco Instruments (NASDAQ:VECO) in the past but today...he is going to have some egg in his face. He's a good analyst but this one is a bummer.

You see, Stephen is out with a call this morning titled: "Sanan’s LED factory appears on schedule"

Our recent checks found that Sanan, (Veeco’s biggest China based customer), has taken shipment of 48 total MOCVD reactors from Veeco in its big fab in Wuhu, China. We believe Sanan has installed 38 of these reactors with 15 of the reactors under testing. We believe this was in line with Sanan’s goal to install 35-40 reactors by the end of 2010. We believe Sanan’s installation schedule uncertainty was a reason Veeco gave a wide 4Q10 sales range of $285-$320M.

Increase to Wuhu City’s LED equipment subsidy viewed positively
Our checks found Wuhu City will now pay Sanan a higher subsidy of up to RMB 12M (about $1.8M) per tool for purchasing higher throughput MOCVD reactors (capacity of 45 two-inch wafers) which is 20% higher than its prior subsidy. The City now requires all subsidized equipment gets installed in Sanan’s Wuhu factory or 2x must be paid back to the City. We found no mention of subsidy deadlines yet but note Sanan has $227M of net cash to use when it chooses to build its 2nd fab.

Citi's Timothy Arcuri, a Semi Equipment analyst is out with a call titled:

"Alert: Turning On the Light, AMAT Makes Progress in MOCVD"

AMAT making progress in MOCVD — Our checks across Asia indicate AMAT finally is making some progress with its MOCVD efforts in the LED sector with potential orders from several players in China, Taiwan, and Japan. Specifically, checks indicate the following activities: 1) AMAT looks set to get some of the 2nd phase of Sanan’s MOCVD investment in China (along with VECO and AIXG) an order that should be >70 tools across vendors in CQ1:11; 2) AMAT is being considered as the top contender for the next phase of expansion (~10 systems) at one LED chip maker in Xian China (we believe it is Zoomlight); and 3) Toshiba and TSMC continue to engage with AMAT on MOCVD process development.

Could take 5-10% share in 2011 — While the scale of the progress remains limited, we are now expecting AMAT to officially launch its MOCVD product in 1H:11 after finally securing a few volume customers. Overall, AMAT could take ~30-50 tools in 2011, or 5-8% share depending on the overall size of the market. While we still think that VECO’s new multi-chamber tool will be hard to compete with in the near-term, the fact that AMAT is finally on the map is notable and is all direct share gain from more established vendors like VECO/AIXG. While the impact to AMAT’s revenue will be largely de minimis, this is an important indicator in AMAT’s efforts to regain its competitive mojo through internal technology development.

Notablecalls: So you see why Stephen Chin (UBS) is going to have egg in his face today? I suspect VECO is going to get crushed today on the Citi call.

While Chin is yapping away how things at Sanan are 'all good', Citi has uncovered a way more important data-point. Contrary to consensus view Applied Materials (AMAT) is not dead & is actually coming on strong at Veeco's most important customer.

Just take a look at what Aixtron (NASDAQ:AIXG), Veeco's larger EU peer has done this morning. And I can tell you, AIXG usually never moves. Intraday, VECO can be all over the place with AIXG doing nada.

Veeco is set to report #'s in 2 weeks. Management will have some tough questions to prepare for, I suspect.
Posted by notablecalls at 7:29 AM

Subsidy program can come to an end. While there's no precise indication, firm's like Sanan should get it quick and fast. Particularly when Veeco is still the most competitive, they are still most likely to pitch orders, unless AMAT MOCVD advances so rapidly that can catch VECO within coming quarter. Market is likely to overreact - orderbook in VECO remains intact.

It was a good heads up stock to focus on. Nice rally

wohoooo
call went badly wrong BUT
that was fun reading
thanks!

Scott you got lucky w your FSLR