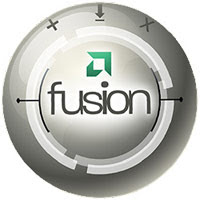 Citigroup is making an interesting call on Advanced Micro Devices (NYSE:AMD) raising their 2011 EPS well above consensus, price target to $12.50 (prev. $9.00) & adding the name to Top Picks Live list.
Adding AMD to TPL — Citi is increasing their 2011 revenue and EPS estimates for AMD well above consensus, reflecting their expectation for MPU market share gain, the opposite view of consensus. Firm's 2011 revenue growth rate is 7.1%, noticeably higher than the consensus forecast of 0.58%. They also raise their gross margin estimate by 100bps to 46.9%, again above consensus of 45.3%, primarily reflecting the exclusion of Global Foundries (GF) under-utilization in GM. These are contributing to a 2011 EPS estimate of $0.91, versus consensus of $0.44. With no change to their valuation methodology, their price target increases to $12.50, representing 52.8% ETR. Citi is simultaneously adding AMD to TPL (replacing INTC which remains Buy-rated). They start 2011 with AMD and NVDA as their top ideas.

Expecting Share Gain... — Driven by 2 new platform refreshes (last seen in 2003), Citi expects AMD to gain market share in 2011. Firm's checks suggest their new mobile platform, Brazos, has shown significant design momentum in netbooks and notebooks, and has even made its way into tablets. Meanwhile, their checks also indicate that samples of AMD's Bulldozer server and high-end desktop chips are in the hands of customers, putting them on track for a mid-2011 launch. From low market share in mobile and servers, they believe low-hanging fruit exists.

...Consensus Does Not — Based on 3Q10 results, AMD currently sports its lowest ever revenue market share. To be sure, AMD should face stiff competition from Intel's Sandy Bridge platform in 2011, but from this low starting point, the firm believes that odds favor market share gain; design momentum suggests this to be true. They note, however, that consensus models only 0.58% revenue growth for AMD in 2011. Given the consensus expectation for positive PC unit growth, this suggests an anticipation of revenue share loss to all new lows (Intel revenues are modeled up 3% in 2011). In light of the odds of share gain, they view the likelihood of increases to consensus estimates as very high. Citi's revenue estimate increase exclusively reflects gains in MPU.

Gross Margin Has Upside Potential — Citi revises their GM estimate to reflect AMD's new accounting for GF. They raise their 2011 GM estimate to 46.9%, now 163bps above consensus. Beyond this, they expect the product ramps in 2011 based on AMD’s new architectures to be margin accretive, noting they are targeted at the higher margin server and notebook markets. Gross margin should also benefit as AMD shifts from expensive SOI wafers to less expensive bulk silicon wafers (first shipments on 28nm expected in mid-2011, and volume production in mid-2012). Citi notes that consensus reflects only 29bps growth in GM to 45.3% in 2011, at the low end of AMD's target model of 44-48%.

Fits Within their Sector View — Citi expects 2011 to be a relatively good year for semiconductors. Firm models 7%–9% industry growth, well above consensus of 4% growth. Given healthier inventory balances, reasonable valuations, and low growth expectations, they forecast semiconductor stocks to modestly outperform the broader markets in 2011, much like 2010 (firm's SOX target remains 460-500). Against this backdrop, they favor names where they see upside to consensus estimates. It is in this light that Citi favors AMD and NVDA and hence they add AMD to TPL.

Notablecalls: Well this is interesting. While I was walking to the office this morning, I was thinking to myself how great it would be if we got a good AMD call this morning.

You should have seen my face when I looked at my email.

This sure is an out-of-consensus call from Citigroup's Semi team. It looks like AMD’s new 40nm Fusion platform may have secured some design wins at large ODM's...and yes...Tablets. The word out there suggests the wins have come at the expense of Intel's Atom platform.

The Street has historically set a low bar for AMD (7 revenue beats of out past 9 quarters) and this may be the case here as well. Citi seems pretty confident in their well above consensus #'s.

All this leads me to believe, there could be upside to the name in the n-t.

I'm thinking AMD could trade $8.50 today and possibly a little higher. I suggest you don't chase it pre mkt but rather watch it settle after open.
Posted by notablecalls at 8:06 AM

eToro is the #1 forex trading platform for beginner and pro traders.