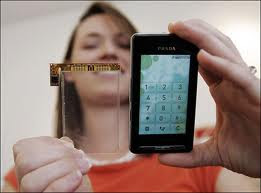 J.P. Morgan is making a big out-of-consensus call on Synaptics (NASDAQ:SYNA) upgrading the name to Overweight from Neutral with a $40 price target.

Firm believes SYNA will hold share in the PC/laptop market, garner share of the nascent 'slate' computing market, and grow with the high-end smartphone market. In this context, even with ongoing price pressure from Cypress, Atmel and others, they believe that consensus estimates are too low, and that the multiple can expand from these trough levels with solid execution. The market is opaque, competitive rivalry is acute, so it’s difficult to muster up high conviction, nonetheless, coming off a third consecutive double-digit growth quarter, they believe risk-reward is favorable at this price levels and are therefore upgrading to Overweight

Growing with the market. JPM believes SYNA continues to dominate the PC/laptop market, with the overall PC market tracking 7.6% y/y growth in 3CQ10 (source: IDC). SYNA has signaled its expectations that design wins in the nascent slate market will lead to material segment revenue in CY11, not least with a 2-chip Clearpad 7200 solution buoying ASPs. In handsets, despite continued competitive pressure from Cypress and Atmel, in particular, SYNA is achieving record revenues, design-win activity points to future growth, and they believe the firm can grow with the market. J.P. Morgan's Telecom analyst, Rod Hall, is looking for 50% y/y smartphone unit growth in 2010, 49% in 2011, accelerating to 58% in 2012 as the international market accelerates.

JPM is raising estimates slightly with this note, increasing the handsetrelated growth rate to align more closely to J.P. Morgan’s forecasts, offset by slower growth for the PC/laptop segment. They believe the adjustment also better reflects mix-shift revealed by the company achieving record handsetrelated revenues in F1Q as revealed in the 10/11 preannouncement. Firm projects FY11 PF EPS of $2.64, which is ahead of consensus (Street $2.38). They look for the company to report $0.69 PF EPS in F1Q11 on revenue of $153mm. SYNA reports F1Q11 results on October 21. The conference call is at 5pm ET; dial-in 877-941-8416

There is hair on this story. JPM believes much of the risk is already priced into the stock; the market has been debating the module-to-chip and the market-share loss in handsets for nearly 2 years. There are, however, new risks to consider, including the possibility that the slate market stifles growth of the PC/laptop market, shifting the market away from SYNA’s relative strength. In addition, the unexpected resignation of the CEO on 10/11.

SYNA is currently trading at 9.3 times CY11E PF EPS, which is a 52% discount to the firm’s 5-year mean trading multiple, and a 50% discount to the mean of JPM coverage, notwithstanding anticipated 2-year revenue growth of ~15%. JPM's December 2011 price target remains $40.00.

Notablecalls: As I said, this is surely an out-of-consensus call from JPM's Paul Coster and his team. A quick look at analyst consensus reveals that there are a lot of firms rating SYNA as a Sell. The reason being competition. It seems that Asian players like Alps Electric are eating SYNA's lunch in touchpads with CY, ATML, TXN etc. pushing into SYNA's territory in mobile touchscreens.

The co has lost several key people over the past year, including the head of handheld systems and more recently, the CEO.

The thing that happened with SYNA was that they were always the technology leader in touch-based interfaces...right until the technology went into masses. So getting a new CEO may not be the worst thing.

Now, there is some hope in form of Tablets or slates as JPM describes the iPad-like devices. As many of you know, these devices have touch-only interfaces which should be quite positive for SYNA. It also looks like the Tablets are becoming increasingly popular. So, there may be some unexpected upside to current consensus estimates for SYNA.

Couple this with a huge 45% short interest and you'll likely have a winner. Note how the stock absolutely refused to go down following the CEO resignation last week?

I would not be surprised to see SYNA trade above $27 level today & closer to $27.50 if the general tape plays ball.
Posted by notablecalls at 8:34 AM