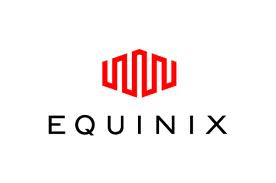 Equinix (NASDAQ:EQIX) is getting lots of commentary this morning after the company preannounced a revenue miss, but operating cash flow beat last night.

We have several relatively good defenses and so far 3 ill-timed downgrades.


- Piper Jaffray seems to have the most knowledgeable analyst on board (Chris Larsen). PJCO is lowering their tgt to $110 from $124 but keeping the stock Overweight rated. This is what they have to say:

Let's first put this in perspective. The company announced a 2.2% revenue shortfall for the third quarter. Sequentially, revenues are still going to grow an estimated 4.4%. Margins are ahead of plan, and have the potential to be higher longer term. Yet the stock is down as much as 25% in after market trading.

The concerns that investors have are creditability and pricing. We don't think investors are overly concerned with slower growth at recently acquired Switch and Data. However, in a highly recurring revenue business like datacenters, such a miss from a company that is well respected is somewhat disturbing.

As far as credibility, it seems the guidance issue was one of process and not systems. Assuming management has already made this correction (to processes), investors will only be able to confirm this following a handful of consistently accurate guidance ranges. This could take us into 2Q of 2011 before investors have/pay for the previous level of high confidence in management.

As for pricing, we believe price discounts, such as the ones given in 3Q, are fairly normal in the industry, especially for large anchor tenant customers. Frankly, had the discount not been given retroactively, this would merely have translated into a very slight miss and lower guidance, and investors may not have been as troubled. Management indicated that gross bookings were on track or ahead of plan in the quarter and at good price points.

All of the independent data we have picked up regarding pricing indicates that the industry is seeing very stable prices. However, by calling out 25% of its space as being used by non-interconnect oriented customers, investors will likely be concerned that that space is at risk for a price concession, too. Again, it's likely that only time will heal the concerns around pricing.

We applaud Equinix management for being price disciplined during the quarter, as it would have been easy to pick up incremental sales by discounting a slug of business in order to get it billing for the quarter. However, the company is managing for the long-term profitability of the business.

Why now?
One question we've gotten from a number of investors is, why is Equinix announcing this now. During the quarter, it was probably trending as a small miss, one that could be updated on a quarterly earnings call. However, Equinix could be a potential bidder for the privately held European data center company, Interxion. If this was the case, and Equinix was using its stock as currency, it may have felt compelled to ensure that all relevant information was priced into its shares during the bidding process.

We believe most of these issues are specific to Equinix and fixable. At $78 and 7.6x EV/EBITDA, we think risk-reward is attractive, but recognize this company is in the penalty box and is likely range bound until investor's gain higher confidence in the future growth profile.

- Merrill Lynch remains very optimistic. They reit Buy & 130 tgt noting sellers attacked on the announcement, taking EQIX shares down over 20% in the thin after-market trading, and taking most other related data center and REIT stocks down as well. Touching as it did on issues of price and churn, EQIX handed the bear thesis a gift, which hinges on, instead of evidence of oversupply in the data center market, signs that oversupply may be creeping in, such as higher churn and lower prices. Merrill rejects this interpretation and view the announcement as highly specific to EQIX, correctable, and at the end of the day not entirely meaningful to the demand story to which it is among the best exposed.

The downgrade comes in the absence of a meaningful acceleration in revenue growth during 2H/10, our outlook for slower PF revenue growth during ‘11 of 14-15%, & the uncertainty for Equinix to slow the rate of capital reinvestment in the domestic segment to increasingly focus on cash flow generation. While gross revenue bookings were cited as favorable across the heritage & Int’l operations, we view results as an early sign-post that revenue growth for its core U.S. target segment may be slowing sooner than we anticipated.

Although the reduction in revenue guidance was not materially large, we found the qualitative commentary regarding pricing/competitive issues more concerning. It appears that EQIX is beginning to see increased pricing pressure for larger customer accounts, particularly from wholesale providers, as incremental capacity becomes available in some markets. Higher churn/slower SDXC revenue growth also raise concerns, though we expect management to fix these issues. While the stock reaction after hours appears to be discounting some of these concerns, we do not see any near-term catalysts and hence downgrade the shares to Perform from Outperform. We also lower our 2010-11 estimates.

Notablecalls: EQIX is one of the true growth names out there & the leader of the data center business. I think the stock can recover some of the losses in the n-t

- The revenue miss does not seem demand related. It's partly attributable to Switch and Data integration, to chief of sales leaving and to revenue recognition error. Most of it seems fixable.

- The timing of the preannouncement seems to be tied to the European takeover Equinix may be planning, as highlighted by Piper Jaffray. A little known tid-bit that could make all the difference here.

- The shorts have been in trouble with this one for a while. Short interest stands at 20%+ & I suspect many of them will be cashing in their chips just to be safe.

I would not be surprised to see EQIX trade back above the $80 level as soon as today, and probably closer to the $82-85 level if the squeeze really sets in.

PS: I know I must sound nuts going against numerous downgrades. If you want to have minimal risk, try buying it 76-77 range. I'm not sure it will get there today but if it does, buying there with a 1pt stop sounds like a plan. But again, that's the minimal risk plan.
Posted by notablecalls at 7:19 AM