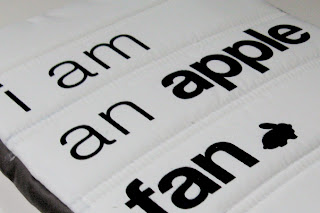 Jefferies & Co analyst Peter Misek is out with some very positive comments on Apple (NASDAQ:AAPL) this morning raising his price target to $900 (prev. $800) while reiterating his Conviction Buy List status for the name.

- Checks Indicate iPad Mini Has Gone into Production; So has iTV.

Based on July Taiwan sales data and their checks, Jefferies believes iPad builds for CQ3 have been raised from 18M to 25M and CQ4 from 22-25M to >30M. They continue to think Apple will have ~15M iPhone 5 handsets by mid-Sep and the iTV will launch in CQ4 or CQ1. They remain significantly above St EPS for FY13 ($63 vs. St $52) and think the iPhone 5 will be the biggest handset launch in history. Firm raises their target to $900 and reiterates their Buy rating.

iPad Mini in production. Hon Hai's July revenues were +5% M/M vs. typical seasonality of flat. They believe Hon Hai is the main manufacturer of the iPad Mini. The new build plans of 25M and >30M for CQ3 and CQ4 compare to they current estimates of 16M and 18M, which do not include an iPad Mini.

9/12 event likely an announcement of the iPhone 5, possibly of the iPad Mini, and less likely of the iTV. For the iPhone 5, Jefferies remains confident that by mid-September Apple will have ~15M in finished goods inventory. They believe 3GS, 4 and 4S builds continue into Q4. Pricing for all of those models has been slashed already. Total iPhone builds for H2:CY12 are well in excess of 80M vs. our estimate of 81M. The firm does not know if Apple will have a separate announcement event in Oct for the iPad Mini, and while they also think an iTV will be ready for a CQ4 launch, they do not know how many major product announcements Apple would want to cram into Sep/Oct/Nov and see a CQ1 launch as possible.

Believe the iTV is in full production. Recent data out of Sharp, Hon Hai, and other specialty chemical and TV component suppliers support this. Also, JDSU noted that they have a new non-gaming customer for its gesture control modules. They indicated this is a new "living room" based customer. Jefferies believes Apple will leverage AT&T's and Verizon's content deals for the iTV. Additionally, the WSJ's sources indicate Apple may also consider a set-top box version for the cable operators.

Leave estimates unchanged. Firm currently models 2M iTVs in CQ4 at a $1,250 ASP, which equates to $2.5B in revenues. They think Apple would sell at least 8M iPad Minis at a $300 ASP with a similar GM to the iTV, leading to at least a similar revenue and earnings boost. An iPad Mini launch makes a CQ1 iTV launch more likely, but it could still be in CQ4.

You can make phone calls from your tablet/ipad (without sim card) using voip app. I use Smartgroshen app, good quality of voice! At start you get 0,50 euro gratis!

A very awesome blog post. We are really grateful for your blog post. You will find a lot of approaches after visiting your post.สล็อตออนไลน์โคนัน

Thanks for sharing the post.. parents are worlds best person in each lives of individual..they need or must succeed to sustain needs of the family.สล็อต 999โคนัน

Your content is nothing short of brilliant in many ways. I think this is engaging and eye-opening material. Thank you so much for caring about your content and your readers.สล็อตวอเลทโคนัน

Thanks for an interesting blog. What else may I get that sort of info written in such a perfect approach? I have an undertaking that I am just now operating on, and I have been on the lookout for such info.บา คา ร่า วอ เลทโคนัน

Thank you because you have been willing to share information with us. we will always appreciate all you have done here because I know you are very concerned with our.สล็อตเว็บใหญ่โคนัน

I was reading some of your content on this website and I conceive this internet site is really informative ! Keep on putting up.บา คา ร่า วอ เลทโคนัน

You have a real ability for writing unique content. I like how you think and the way you represent your views in this article. I agree with your way of thinking. Thank you for sharing.สล็อต ฝาก-ถอน true wallet ไม่มี บัญชีธนาคารโคนัน

I have recently started a blog, the info you provide on this site has helped me greatly. Thanks for all of your time & work.บาคาร่าวอเลทโคนัน

Wow! Such an amazing and helpful post this is. I really really love it. It's so good and so awesome. I am just amazed. I hope that you continue to do your work like this in the future alsohttps://ipro147.com/สล็อต-true-wallet-สล็อตออนไลน์/โคนัน

You can make phone calls from your tablet/ipad (without sim card) using voip app. I use Smartgroshen app, good quality of voice! At start you get 0,50 euro gratis!สล็อตทรูวอเลท

This is such a great resource that you are providing and you give it away for free. I love seeing blog that understand the value of providing a quality resource for free.สล็อตxoชินอิจิ

I would like to say that this blog really convinced me to do it! Thanks, very good post.เว็บสล็อตชินอิจิ

I definitely enjoying every little bit of it. It is a great website and nice share. I want to thank you. Good job! You guys do a great blog, and have some great contents. Keep up the good work.เว็บสล็อตเว็บตรงชินอิจิ

Yes i am totally agreed with this article and i just want say that this article is very nice and very informative article.I will make sure to be reading your blog more. You made a good point but I can't help but wonder, what about the other side? !!!!!!Thanksเว็บตรงสล็อตชินอิจิ

This is my first time i visit here. I found so many interesting stuff in your blog especially its discussion. From the tons of comments on your articles, I guess I am not the only one having all the enjoyment here keep up the good workเว็บ ตรงชินอิจิ

Positive site, where did u come up with the information on this posting?I have read a few of the articles on your website now, and I really like your style. Thanks a million and please keep up the effective work.เกมสล็อตชินอิจิ

That is really nice to hear. thank you for the update and good luck.สล็อต เว็บ ตรงชินอิจิ