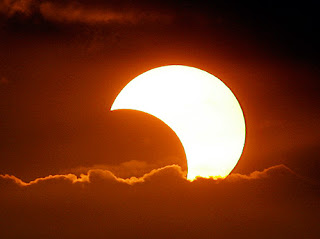 The downgrade comes after the co announced it will be mothballing 20% plus of its manufacturing capacity, reducing its workforce and taking multiple charges over the next few quarters. The company says this is in response to dwindling subsidies in Europe but it looks to us like a change in strategy driven by a lack of product offerings.

Hole in FSLR product line means lost business and shrinking market share. European solar subsidies have shifted from open field to rooftop. FSLR's product line consists of inexpensive but inefficient solar panels, meaning that in space-constrained areas such as roof tops, customers would get 50% less electricity and less of a payback using FSLR panels versus SunPower (SPWR, $6.18, Buy) panels. As a result it is ceding this market to others.

Strategy lacks barriers to entry. The company is going to focus exclusively on utility scale solar systems and its competency in their design and construction. FSLR claims it can optimize the construction/installation process in a way that preserves margins and differentiates itself from other solar makers. However, the firm does not see how it uniquely adds value digging holes, pouring concrete, and connecting wires.

Cutting 20% or more of capacity. Management said it is going to close the factory in Germany and stop four lines in Malaysia to match demand and supply. But this is simply because it is forced to walk away from the rooftop business. The company says this is beneficial because it will lower costs, but it's also a recognition that it is becoming a niche player. Shutting the plant will cost at least $200 million.
Crawling under a rock won't stop the secular downward margin compression. The solar business is experiencing a decade long downward compression of margins due to falling raw material cost. On top of this First Solar is ceding share and restructuring. So long as its competitors are content to serve this market at a loss, it is going to be very hard to find a niche where it won't find compression. Nevertheless, that appears to be the strategy.

Valuation. Wunderlich's new DCF yields a $14 price target based on lower earnings expectations and lower growth. They project book value will reach $39.73 a share by year-end 2012 but, with an uncertain outlook for FSLR's strategy in the near term not much different from SunPower's or MEMC (WFR, $3.74, Sell), the shares will probably trade lower. They are lowering their rating on the shares to Sell from Hold and reducing their price target to $14 from $38.

Notablecalls: Wunderlich has been cautious/negative on FSLR ever since 2010, gradually cutting their estimates and price target as the stock tumbled.

The easy money has clearly been made on the short side but given the bounce we saw yesterday I think there will be sellers around today.

Note both JPM and Morgan Stanley are out with cautious comments as well.

JPM: Not All of the Negative News Is Behind FSLR; Remain UW

Posted by notablecalls at 7:57 AM

Merrill upgrades to Buy from UP, 30 PT.

You might qualify for a new solar rebate program.
Find out if you're qualified now!

Many times people don't believe me when I tell them about how much money you can earn by taking paid surveys at home...

So I took a video of myself actually getting paid $500 for filling paid surveys to set the record straight once and for all.