Research in Motion (NASDAQ:RIMM): Downgrade to Underperform: We Want to Believe... But Just Can't Yet 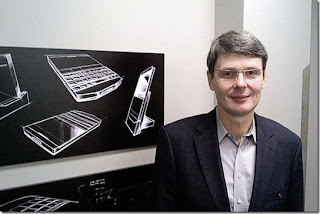 Jefferies & Co analyst Peter Misek is downgrading his rating on Research in Motion (NASDAQ:RIMM) to Underperform from Hold with a $15 target (prev. $17) this morning.

- Jeffco's checks indicate RIM will delay and possibly abandon its OS licensing plans and its email/BBM/social networking app in favor of direct competition with Apple/Android. With no near-term positive headlines now expected and with St still far too high for FY13 (Feb) at $3.17 vs. their $2.00 est, they cut their target to $15 and downgrade to Underperform as they await the BB10 launch (likely Sep).

Background: The firm upgraded RIMM on 12/21 due to two primary reasons: 1) they believed RIM's stock price of $12.52 discounted an expected 37% cut to FY13 St estimates; 2) while they did not think a buy-out was likely, they thought RIM was investigating partnerships and could announce something this spring.

No near-term positive headlines expected: Misek's and his team's checks indicate RIM is likely to move away from a proposal to the Board that RIM license BB10 to Samsung and launch a new BBM, email, and social networking app for iOS/Android for a monthly fee. They believe Heins will present his new plan to the Board within two weeks and that he is likely to postpone or cancel those plans. Firm thinks the centerpiece of this plan (hinted at during his recent conference call) will be to compete head-to-head with the Apple, Android, and Windows
ecosystems with their own integrated hardware/software/services ecosystem.

Misek likes the new CEO Thorsten Heins but not his near-term strategy: the firm recently met with Heins and found him engaging, articulate, and thoughtful. They see no evidence that he is under the influence of the former management in any way. But they respectfully disagree with him. Firm believes that an ~1 year delay in licensing BB10 (what we believe to be an excellent OS) is a mistake. They believe decelerating efforts to offer enterprises the ability to get their fast secure Blackberry email on an iPhone or an Android device is a mistake. Misek notes they want to believe in RIM, but see the near-term risks as too high.

While success may come later this year once BB10 devices launch, we have seen the same story from RIM twice before in the last two years. First in 2010 with a Webkit Browser that would fix everything. Then BB7 in 2011. And now with BB10 in 2012.

Instead of restructuring Jefferies expects RIM to expand BB10 investments: rather than hoped for opex cuts, they now believe that QNX in Ottawa has moved to a new building to accommodate more staff. Firm also expects additional spending for data centers and advertising. Their estimates are inline with consensus for the Feb Q, below for the May Q, and far below for the Aug Q.

If the next month is weak then RIMM could pre-announce before Mobile World Congress (MWC) starts on 2/27.
Notablecalls: Mixed feelings about this one.

- Misek has done a pretty good job covering RIM in the past. Notice how he caught the recent $12.50 bottom in the stock with his 12/21 upgrade for a 37% gain. He is downgrading it back to Underperform but remains hopeful the stock won't fall below the recent $12.50 lows.

- On the other hand Misek's checks show Heins is not going to license BB10 to Samsung. This was pretty much the only catalyst on the horizon for the next 6+ months.

Not only that, Heins is going to ratchet up the spend which will pressure the bottom line. Which in turn means ests are probably going lower.

And we may be looking for another warning in 3 weeks. I mean, iPhone & Android are still taking market share per recent checks and RIM has very little to counter that.

All in all, the stock is likely to pull back following this material new info regarding BB10 licensing.

Posted by notablecalls at 7:36 AM