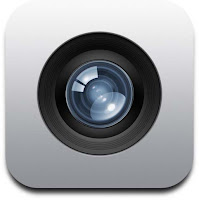 J.P. Morgan's Paul Coster had a chance to touch base with OmniVision's (NASDAQ:OVTI) CFO, following his return from Asia Pacific region.

Coster says he is now convinced that weaker-than-expected F2Q guidance originated in industry-wide weakness in the CE supply chain and does not originate in a head-to-head competitive loss at a Tier 1 OEM. For this reason, he thinks the post F1Q earnings sell-off overdone & recommends buying the OW-rated name.

Head to head with Sony. OVTI’s CFO appeared unsurprised by Sony's August 30th CIS presentation and acknowledges that Sony is a credible competitor at 8MPx. That said, he believes OVTI has only gone head-tohead with Sony once (so far) and claims that OVTI won the resulting design opportunity for a 2012 product.

What about Apple iPhone 5? Consistent with past practice, the CFO will not acknowledge Apple as a customer, whether direct or indirect. That said, the CFO made the point that build lead-time for handset OEMs has collapsed to 30 days (from chip shipment to finished product in retail), and can be crammed down to 15 days under duress. We think this lead-time is surprisingly short, and is consistent with OVTI being well-positioned for the holiday ramp with Tier 1 OEMs (including Apple), notwithstanding the disappointing F2Q guidance. It is, for
instance, consistent with the notion that OVTI introduces BSI-2 8MPx product in late F2Q, and still captures Apple iPhone 5 opportunity if that product ships in mid/late October

What is the problem with BSI-2? The CFO denies that there are design issues with the BSI-2 chip, but acknowledges that the manufacturing process has not yet met the company's expectations regarding consistency. We view this as an engineering challenge that can be resolved in the next month or so.

Notablecalls: OVTI got clobbered a week ago following #'s. The reasons? There were 3:

- The conference call was just awful. I hope OVTI's management is reading this post. Guys, stop beating around the bush and get to the point. I had to read the transcript 3x and I still had hard time understanding what the heck was said.

- Concerns around Apple. It appears this call by Coster does a fairly good job putting some of these in bed. OVTI's CFO is hinting they still have the AAPL deal (we know AAPL & Sony went head-to-head on this).

- BSI-2. That's an issue. I'm not entirely sure TSCM can get this right in the next month or so. (Kudos to FBR on this! Brilliant call!)


All in all, I suspect OVTI may produce a bounce here following the JPM comments. Back above $18?

Tough call to make in this tape, obviously. Why not just buy the effin' market.

PS: I'm posting this after open.
Posted by notablecalls at 9:02 AM