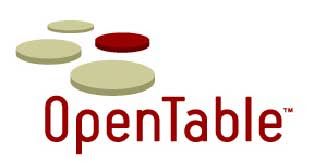 Benchmark is out surprisingly cautious on OpenTable (NASDAQ:OPEN) lowering their Q2 revenue estimates on increased competition and weakness at Spotlight, OpenTable’s deals product.

OpenTable appears to be facing more competition domestically from Urbanspoon’s RezBook, Livebookings and Eveve. CityPages recently reported that two notable restaurants in the Twin Cities dropped OpenTable. These restaurants apparently switched to Eveve, a European competitor that has 300 restaurants, due to lower cost and more flexibility. Competition may be slowing OpenTable’s restaurant growth. Our checks indicate OpenTable added meaningfully fewer restaurants in 2Q compared with prior quarters. We reduce our 2Q estimate for restaurant subscription revenue from $12.8 million to $12.4 million. This could affect reservations as well.

We believe at Spotlight, OpenTable’s deals product, revenue was down sequentially in 2Q11. For 2Q11, we now estimate Spotlight’s revenue at about $800,000, below our prior $1.5 million estimate, and down from $1.2 million in 1Q11. While there was an improvement in Spotlight revenue from April to June, no single month in 2Q11 was higher than March’s total. Large markets such as San Francisco (down an estimated 46% sequentially), Los Angeles (down 43%) and New York (down 34%) drove the projected soft result.

The National Restaurant Association reported weakening restaurant trends for May, the latest available data. The Restaurant Performance Index dropped 1% sequentially, from modest expansion to modest contraction. This was the first time in six months that the Index signaled contraction. Expectations for the next six months also declined slightly.

European competition remains a concern. Livebookings appears to have 8,700 restaurants in 23 countries, and seats one million diners monthly, mainly through its website bookatable.com. Livebookings main markets are the UK and Germany where it has about 5,000 and 2,000 restaurants, respectively. These are also OpenTable’s main European markets.

OpenTable closed at 62x and 32x 2011E adjusted EPS and EBITDA with about 50% average annual growth in both.

Notablecalls: Benchmark's Clayton Moran is making a potentially significant call here. If his checks are right, OPEN's huge valuation multiples are about to compress.

The weakness at Spotlight doesn't sound good either but seems to be well telegraphed by now. Still a big part of OPEN's valuation, though (based on Groupon-like multiple)

Note that 3 weeks ago PAA Research, a small shop with interesting ideas & a good track record published a very negative take on OPEN. They called it a short with a $55 price tag noting competition was quickly eating away OPEN's total addressable market. The stock is up 5 pts since.

I just wanted to say that your blog is very original. Unlike other blogs, it is supplied with additional materials and pictures as well. To be honest with you, http://www.edit-ing.services/ will do everything possible to make your life much more easier.

eToro is the best forex broker for newbie and advanced traders.