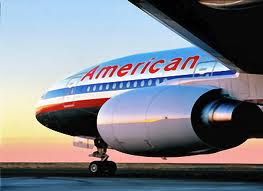 J.P. Morgan's legendary Airline analyst Jamie Baker is out with very positive comments on several names. He is upgrading:

According to JPM Jet fuel prices have declined $0.30 per gallon since April 29, representing a potential annualized industry benefit approaching $3.5 billion. And yet not a single estimate has been revised during this time. They’re not entirely sure why (they have some ideas), and would therefore suggest investors increase their exposure ahead of an expected upward surge in consensus estimates in coming weeks. For the second time in as many weeks, they are raising their estimates and target prices, with AMR and JBLU targets rising by an amount sufficient to warrant upgrades from Neutral to Overweight

Fuel prices have fallen—Jet fuel prices have declined $0.30/gallon from April 29, representing a potential annualized industry benefit approaching $3.5 billion (net of slightly softer revenue). Relative to our expectations, which were last recalibrated on April 27, this represents ~20% upside potential to earlier 2011 operating profit estimates, and ~30% in 2012.

Consensus remains grounded—In response to lower fuel costs, consensus airline estimates have . . . not budged. We’re not entirely sure why. Perhaps it’s merely earnings fatigue. Perhaps, after broadly reducing expectations into the Q1 earnings season, the sellside is recalcitrant to acknowledge it cut too deeply. Or perhaps, others are choosing to wait until the early-June release of May operating data. And hey, we understand that fuel volatility can easily leave one feeling whipsawed.

We see no reason to wait, and we suggest investors position themselves accordingly—We are broadly raising estimates and targets along with two ratings changes, and we suggest investors increase their exposure to airline equities ahead of an expected upward surge in consensus estimates. This week's airline investor conference coupled with the release of May operating data shortly thereafter is expected to awaken a stubborn consensus.

Our estimates are moving up—Our industry operating profit estimates rise by ~20% in 2011 and ~30% in 2012, resulting in estimates (with the exception of Alaska) that exceed consensus in every case, sometimes by as much as a factor of two.

Notablecalls: Mr. Baker = God. At least when it comes to Airline stocks. People buy his calls with eyes closed.

Baker turned slightly positive on the space on April 29 raising his estimates for the first time since last spring.

His main message was:

Same fuel, different industry—Here’s the sound bite: 2008 and 2011 fuel at midyear look about the same. In 2008 we expected a ~$7 billion operating loss, for 2011 we expect a ~$7 billion profit. Fundamentals tell a strong story, equities a weak one, and we think the latter is mistaken.

I would not be surprised to see 7-10% moves in the upgraded names over the next week or so. Several other names like LCC and UAL should perform as well. Barring a huge spike in oil, obviously.

What I really love about Mr. Baker's call is that you can go long after the open and just hold the names and watch them go up for days.
Posted by notablecalls at 8:47 AM

This is a great blog, usually i don't post comments on blogs but I would like to say that this post really forced me to do so!
Indian Airlines

Book a resort at cheap and affordable price with all the activities like rafting, kayaking and jungle safari etc. Visit Dandeli in Karnataka for a better experience. To book now visit the website:
Dandeli Resorts