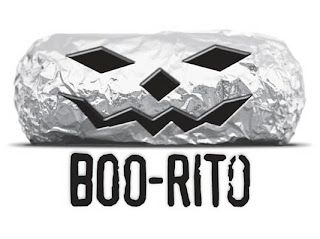 Morgan Stanley is downgrading Chipotle Mexican Grill (NYSE:CMG) to Equal-Weight from Overweight and are removing their price target on the name (prev. $195)

Bottom line: After a spectacular 12-month run of 200%, Morgan Stanley is downgrading shares of CMG to Equal-Weight from Over Weight as the stock is now close to their bull case (39x firm's ’11 bull case EPS of $7.50, or $293) and well above their base case of $218, biasing the risk/reward to the downside. While they believe fundamentals remain strong, at 37x their 2011 estimate and 18x forward EBITDA, this optimism appears reflected in shares; with valuation increasingly driven by scarcity value for growth rather than fundamentals alone, increasing risk of sudden revaluation should current momentum even nominally shift.

Unit growth, which has been CMG’s most distinguishing feature, remains encouraging, with 120-130 units opening in 2010 (albeit back-end loaded) and 135-145 units for 2011, representing ~13% unit growth for both years. Morgan Stanley notes that this is slower than prior years (18-20%) due to the law of larger numbers catching up with the company.Their assessment for the company’s US unit potential remains roughly 2,500 units (vs. 1,023 today), although because CMG is in relatively uncharted territory, standing between casual dining and fast food, there is not a direct analog business that they can compare it to measure absolute penetration.

What’s the historical evidence that this multiple can be sustained? Trading at a higher multiple than all but one restaurant stock (BJRI, a much smaller unit growth story), they have struggled to find a historical precedent for a valuation to maintain such high levels over time. The only example theywe could find was Starbucks, which from 1996 to 1999 grew from 1,000 to 2,000 US stores (on its way to 17,000 global units today), during which time the stock successfully maintained a 39x forward multiple. Given what the firm knows today of the size of the relative categories and frequency of use (quick service Mexican being much smaller than coffee), they think it’s a stretch to assume that CMG can maintain its current multiple for as long as SBUX did.

Why now? With a ~$8 b market cap, equivalent of a PNRA, CAKE, PFCB, TXRH and BJRI combined, valuation has become decoupled with fundamentals, in Morgan Stanley's view. The stock requires continued improvement in margins & comps, which, given the prospect for greater inflation in ‘11 and tougher comparisons, may not materialize to the extent demanded by this valuation.

Key debates for CMG in ‘11: 1) Whether CMG has ample future growth to justify valuation--they see it getting closer to 50% penetration in ’11. 2) Whether margins can continue to expand—we see small improvements from here, with risk from food inflation. 3) What level of fundamental performance is discounted in the stock? – Theythink the market may already be discounting $10 in EPS within the next two years, a bull case scenario.

Perils of unit growth stories. Finally, its worth noting that though unit growth and new store productivity at CMG are still strong, the case history for unit growth stores suggest that multiple compression usually sets in about half way through the unit roll out, driven by the deterioration of unit economics. While there is no sign that CMG has yet reached this inflection point, it nonetheless points to an additional risk in these shares.

Notablecalls: While I usually HATE valuation calls, I'm willing to make an exception if:

- The analyst has a very good track record in the name

- The call suits me sentiment-wise

1) MSCO's John Glass has been a Chipotle fanboy since early 2010. He upgraded the name to Overweight on Jan 8 & has been raising his price target ever since. The stock reacted with a huge 6 pt (7%) run on the same day.

It's worth noting that MSCO was among the first of Tier-1 firms to turn positive on CMG. Deutsche Bank upgraded CMG a day later, causing another 6 pt run. The stock hasn't looked back ever since. The run as taken the name from $90 to $250.

Deutsche got cold feet & downgraded CMG back to Hold couple of days ahead of Sept results, missing out another 70pt run.

What I'm trying to say is that MSCO has Street cred. They didn't just play the fundies, they played the sentiment. People will take notice.

2) The call makes sense. Take a look at the PE Lifecycle chart. CMG is about half way through the unit roll out. It's great but it's no Starbucks.

3) It kind of feels the CANDIE's are running out of steam. I may be wrong but watching NFLX underperform the market is kind of telling.

I would not be surprised to see CMG down 10pts today, putting low $240's in play (or possibly even lower levels)
Posted by notablecalls at 6:25 AM

CMG seems to be floating on air. The concept is a very limited menu of foods that teenagers can make, tiny kitchen space, easy to clean eating area. Fast food concepts prosper over time by evolving the menu. Closest match Subway do this becuase you can make many types of subs, hard to see how CMG can do this given constraints in store layout.